Top Places to Visit in South America for 2023

Home » Top Places to Visit in South America for 2023 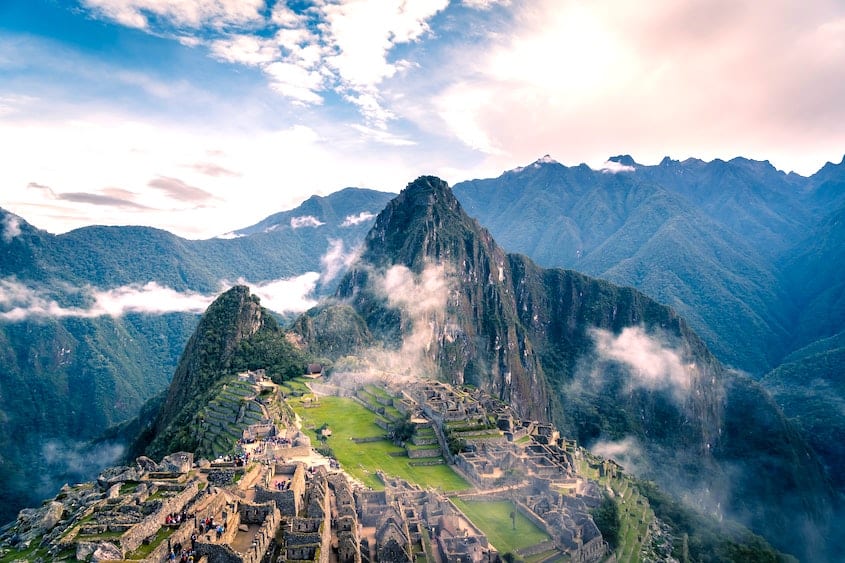 Put South America on your list of places to visit next year and you’ll be spoilt for choice when working out your itinerary.

Across the area, you’ll find some of the driest, largest, highest, deepest, and rarest locations which ensure that most travelers find something to interest them.

There are plenty of Peru tours you can book but don’t let this beautiful location be the only country you visit. As you’ll see from the following list, there are plenty more places to visit, across the range of South American countries.

Here are some of the best places to visit next time you find yourself in South America.

This is one of the largest cities on the Colombia Caribbean coast. The Spanish founded the city in 1533 and named it after a Spanish city with the same name.

The city itself is relatively modern but there’s still plenty of history to soak up, including the historic center and fortress, which are considered the largest fortifications in South America.

Cartagena also has a rich cultural scene. You can experience numerous festivals throughout the year and visit the many art galleries and museums.

Salvador’s official name is Salvador da Bahia and this old colonial city has lots going for it. It was founded in 1548 by the Portuguese which makes it one of the oldest colonial cities in the Americas.

The historic center is Pelourinho, named after the whipping post you can see. This is where slaves were beaten.

Salvador is also Brazil’s third largest city and the first slave port in the Americas. You’ll find plenty of traces of the city’s African heritage in the local culture, particularly the cuisine.

If you enjoy a party, Salvador is also host to the world’s largest party, its annual Carnival celebration.

If you prefer your locations to be on the large side, this national park in Argentina won’t disappoint. They definitely don’t do things on a small scale here.

It is home to the largest ice cap outside of Greenland and Antarctica.

The ice cap feeds 47 large glaciers, the most famous of which is the Perito Morena glacier. What makes this glacier so special is the fact that it’s advancing while others are receding.

Los Glaciares is also home to the country’s largest lake, Lake Argentina. The park’s ecology and biodiversity are also well known and special features include the Patagonian Steppe and the Magellan Subpolar forest.

Quito is Ecuador’s capital city and unique among world capitals. It is the highest capital city in the world and also closest to the equator.

The Spanish founded the city in 1534, and the old town section of the city is very colorful as well as being the best-preserved, largest, and least changed in all the Americas.

The city is located in Ecuador’s northern highlands and on a clear day, you can see all the volcanoes that surround it. These volcanoes also make Quito the only capital city in the world that’s threatened by active volcanoes.

Colca Canyon comes in at number three in the list of Peru’s most visited tourist destinations.

Pay the canyon a visit and you’ll soon understand why. It is one of the deepest canyons in the world, although not the deepest in Peru, but nevertheless, the views are stunning.

If you tire of soaking up the view, take a moment or two to look up and you might see some Andean condors as well as some of the biggest hummingbirds you’ll ever see.

The Atacama Desert is the driest non-polar desert in the world.

It’s a unique place to visit and stretches around 1,000 miles along the Chile coast. It is situated between the Andes and the Pacific Ocean, and it rains there about once every four years.

It was the location for parts of the movie, Space Odyssey: Voyage to the Planets when it stood in for Mars.

There are some extraordinary features in this bleak location including intense blue lagoons, active geysers, and vast salt flats.

Sitting in the Venezuelan Guayana Highlands, Angel Falls is the world’s highest uninterrupted waterfall in the world.

It’s 15 times higher than Niagara Falls and the water cascades more than 3,200 feet down Auyantepu Mountain into the Rio Kerepacupai Meru.

The waterfall was given its name after American Jimmy Angel became the first pilot to fly over the falls in 1937.

You’ll find it quite an adventure getting there and can undertake the journey by plane or river boat.

This is the world’s largest salt flat and is located in the Andes nearly 12,000 feet above sea level.

The salt flat is covered by a thick crust, which provides salt and covers a brine.

The location has an unworldly feel about it which may be due to the salt flat being as flat as you can get it, coupled with the harsh terrain.

Catch it just after rain and the Salar turns into a giant mirror.

If you visit South America for your next vacation, let us know which of the best places to visit in South America you ticked off your bucket list! 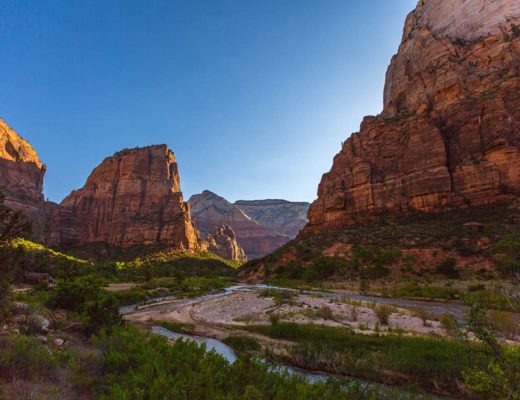 Top 5 Most Beautiful Places to Visit in the United States 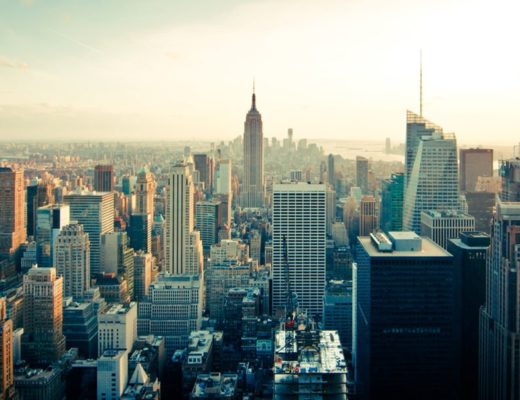 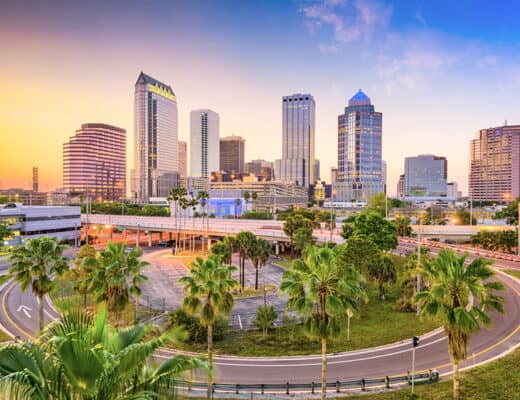 Hidden Gems and Unusual Places to Explore When Visiting Tampa