5 BEST ALSACE VILLAGES TO VISIT ON YOUR HOLIDAY TO FRANCE 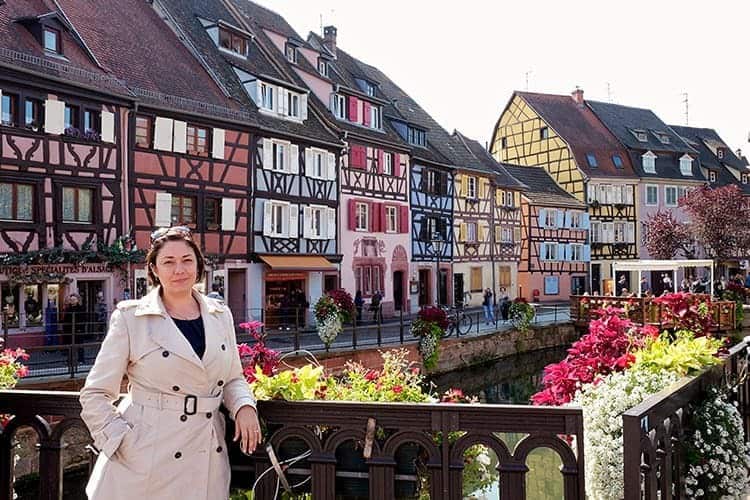 A breathtaking way to explore Alsace, France, is to travel via the foothills of the Vosges Mountains that run along the Rhine plain.

This natural extravaganza, a part of the Regional Natural Park of the Northern Vosges, is listed among the UNESCO World Biosphere Reserve.

The quaint, marvelous scenes which mingle with history and culture lead one to the discovery of the most beautiful villages of Alsace in France. The medieval towns are as if taken directly out from books of fiction.

But how do you make the most out of your trip, especially if you don’t have time to complete the whole Alsace wine route?

Well, here is our list of our favorite Alsace Villages that you should definitely not miss!

Watch our Video of the Best Alsace Towns

Here is a video to show you how stunning the Alsace region of France really is.

Find below our top picks for the best villages in the Alsace region of France. Whilst you can visit these all in one day, we do highly recommend that take 2-3 days to really enjoy the magic of these fairytale villages in Alsace.

A center of culture since the 13th Century, Colmar is a picturesque city located at the heart of Alsace.

Painted with scores of architectural landmarks and impressive cultural heritage, this city had an important role to play during the Protestant Reformation in the 16th century. Meandering lanes and canals keep the historical charm in momentum.

Regarded as one of the “Most Beautiful Villages of France” (Plus Beaux Villages de France ) and a Flowering Village (Village Fleuris), Riquewihr, is Alsace’s gem and a popular tourist attraction.

The mighty church steeples with the gothic architectural pattern rising along the hills embracing the village.

A village that boasts of its prevailing silence is home to only 1200 inhabitants. Mainly run by tourist funding, the village has plenty of cafes, boutiques, and restaurants.

The village with its medieval setting that houses 5000 inhabitants is only 4 kilometers away from Riquewihr. As one of the most gorgeous villages of Alsace, it has been awarded a 4-star “Village Fleuris” for its breathtaking floral displays.

Balanced on a hilltop, ruins of ancient castles overlook this quiet place. This little, exotic beauty is adorned with half-timbered houses from as early as the 15th century.

The village is also popular for its vibrant culture. The people celebrate the annual events like the much renowned Kougelhopf Festival in May, the cultural Festival of Ancient Music in October, the melodious weekend of Fiddlers' Fair in September, and the Medieval Christmas Market.

This village is a tourist-hub, as the Alsace “Wine Route” passes the village. Archaeological evidence has shown that this village has been surviving since the Paleolithic age. Again designated as “The most beautiful villages of France” (Les Plus Beaux Villages de France), Eguisheim is a sunny village surrounded by the rolling and green foothills of the surroundings.

The streets are enwrapped with narrow cobblestones and rustic fountains. This village has been given France's most prestigious national floral award, “Grand Prix National du Fleurissement.”

Founded in 720 by Count Eberhard, this medieval village is located not very far from Colmar.

There is nothing much to do apart from admiring the beauty of the buildings, the ancient inscriptions on the stone walls, and the magnificent geranium-bedecked window.

Situated at the mouth of the Weiss Valley, Kaysersberg is one of the finest wine-growing areas in Alsace.

Located on the northwest side of Colmar, this Free Imperial City of Kaysersberg was once ruled by the Hohenstaufen Emperor Frederick II in 1227.

The ancient fortress that overlooks this popular Alsace village is a reminder of its historical warlike past. Between the Franco-Prussian War and the First World War, Kaysersberg was annexed by Germany for a period of 48 years.

A place of solitude with a population of 2700, the village boasts its Renaissance and Gothic structures. The exquisite floral patterns strewn across have made the village earn its position as one of the best “Flowering Cities and Villages” (Villes et Villages Fleuris).

The area has also been the birthplace of Albert Schweitzer, the famous musician, theologian, philosopher, and physician; and of the Protestant Reformer Matthew Zell.

A paradise for travelers and nature lovers, the Alsatian style entices its visitors with the half-timbered, pastel-painted houses adorned with flowering balconies. The fortified streets with cobblestones and erect castle walls are of historical relevance.

With the narrow alleys and meandering lanes with the Vosges Mountains as the onlooker, Alsace villages are a perfect holiday destination! We hope you enjoy our Alsace travel guide to the best Alsace towns. 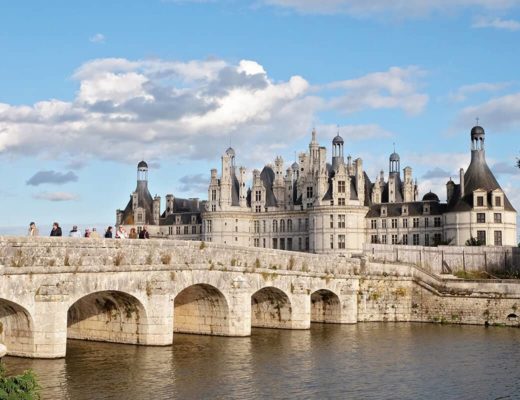 Our Travel Guide to the Chaumont Chateau in the Loire Valley, France 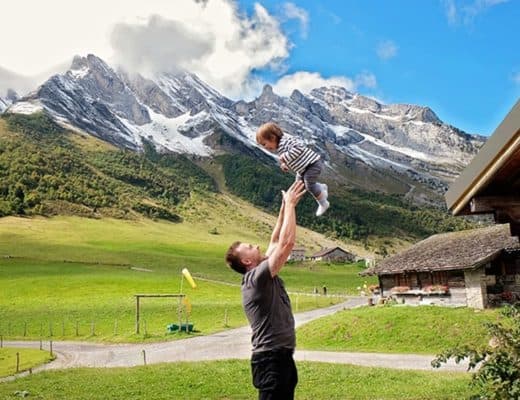 Where to Go in France to Enjoy the Great Outdoors