Top 8 Reasons to Make Riyadh Your Next Family Vacation Destination 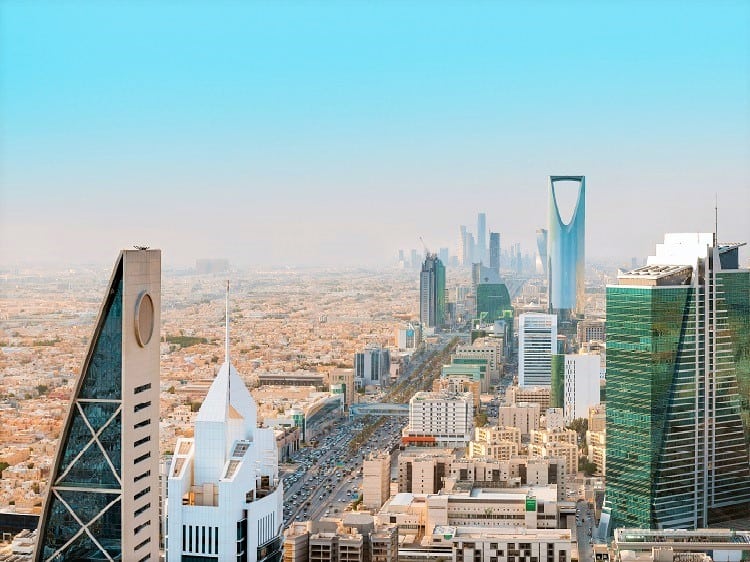 Riyadh is the capital city of Saudi Arabia and it is also known to be the largest city in the Middle East.

This densely populated city is also famous as a tourist destination, as it houses several architectural wonders and historical sites.

8 Reasons Why You Should Visit Riyadh

Riyadh is a modern city, which is marked with the best golf courses and also sand dunes in the desert near this city. 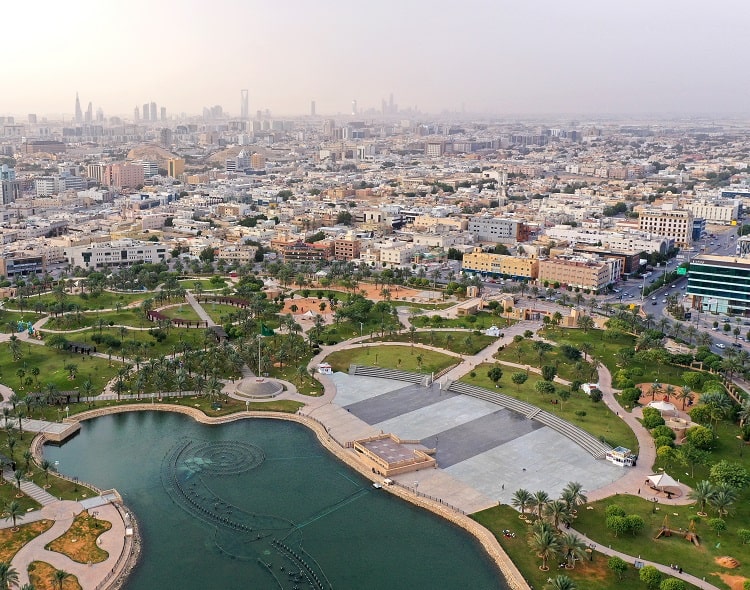 Being the capital city, it houses some world-class shopping malls, one of which is on a skyscraper, where tourists do not miss visiting the Skybridge connecting two towers of this unit.

The typical Saudi Arabian cuisines attract food-lovers that are available in all ranges of prices in hotels and restaurants in this city.

1. It Is Cheap to Get There

The easiest way to reach Riyadh is to avail of the flights that carry passengers to King Khalid International Airport (RUH). 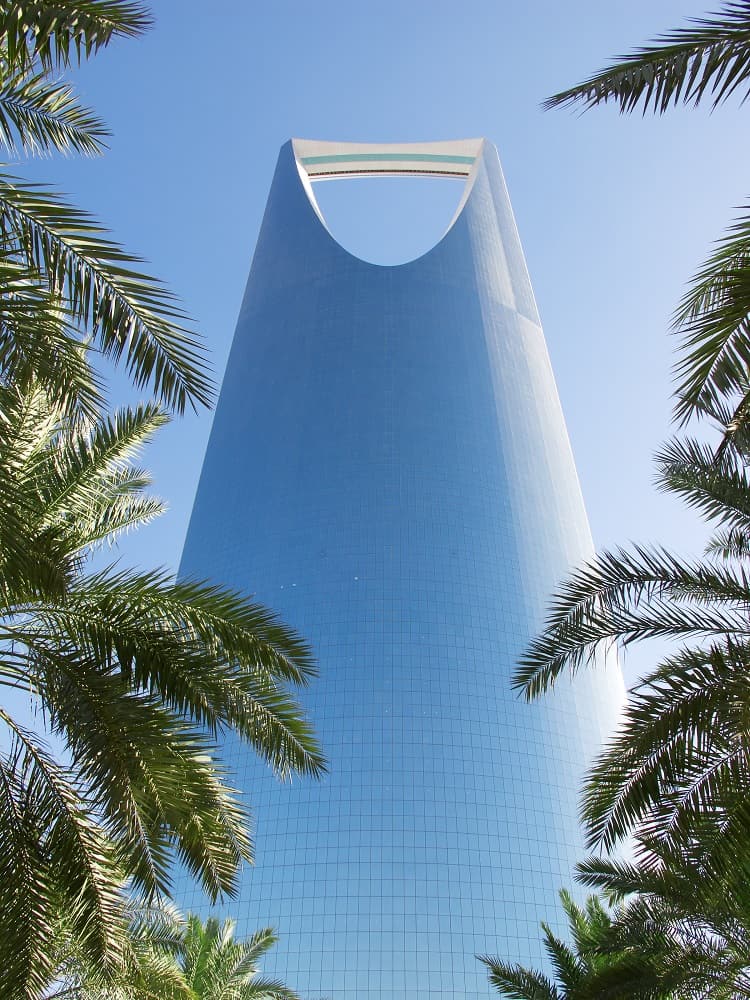 The cheapest time to visit Riyadh is the month of April, which is the offseason in the local tourism industry, due to a very hot climate.

The costs of Economy Class on most flights are far cheaper than the Business Class or First Class of these flights.

Several airlines offer cheap flight tickets for flying to Riyadh from different cities across the globe. However, last minute flight booking is always costlier for passengers; compared to air tickets purchased at least a month before the scheduled date of departure.

Etihad, Emirates, Flynas, Saudia, and EgyptAir offer affordable air tickets on direct flights to Riyadh airport. It is best to compare online the prices of flight tickets offered by all airlines, to find the cheapest one.

3. Religious Respect in the Riyadh

Sunni Islam is the official religion of Saudi Arabia and all citizens of this country belong to this religion. 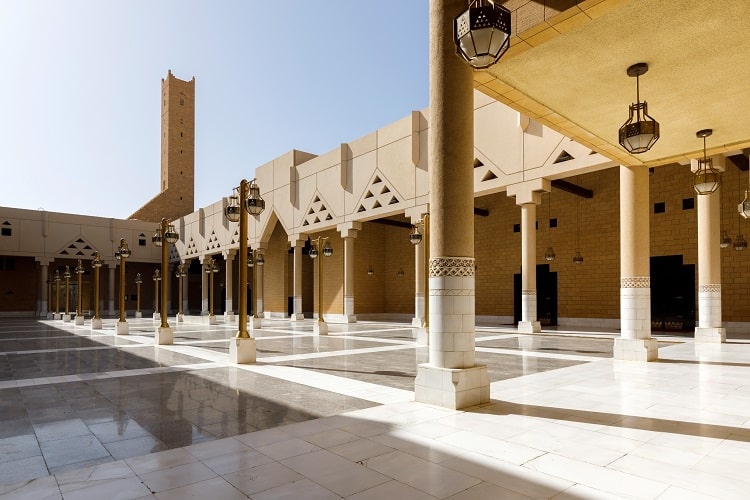 However, non-Muslim tourists do not have any restriction in practising their religious activities in private while visiting Riyadh. But they are allowed to encourage local Muslims for following other religions.

The official language of Saudi Arabia is Arabic. Thus, all local people usually converse in this language only. However, English is taught as the second language in all schools of this country. So everyone can communicate fluently in English with foreign tourists.

People living in Riyadh follow the Islamic culture, as all citizens are Muslims here. They strictly observe all Islamic rituals, like praying 5 times a day.

All kinds of alcoholic beverages are prohibited all over Saudi Arabia. Tourists enjoy various cultural events and exhibitions organized by the Department of Culture in Riyadh.

The annual Jenadriyah National Culture and Heritage Festival is held to encourage the traditional poetry, folk dance, and music of this land.

Food lovers can satisfy their taste buds with the delicious traditional cuisines of Saudi Arabia, like Kabsa, Shawarma, Mutabbaq, Saleeg, and Falafel. 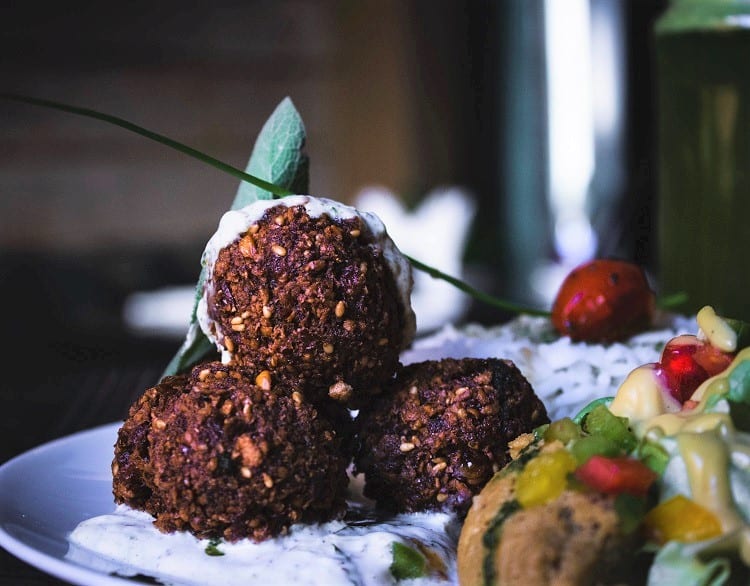 You can find these vegetarian and non-vegetarian dishes in all the local restaurants and roadside eateries in Riyadh. Dajaj mashwi, Martabak, Tharid, Gurshan, and Hininy are other tasty Arabian dishes that foodies cannot miss while visiting this city.

Generally, every Saudi feast begins only after the eldest member of the group starts eating. Utensils are not required for serving many Arabian dishes.

People use only their right hands for eating, as it is against Muslim rules to use their left hand for dining. Guests should thank the host for food before leaving the dining table.

7. Most Popular Attractions in Riyadh 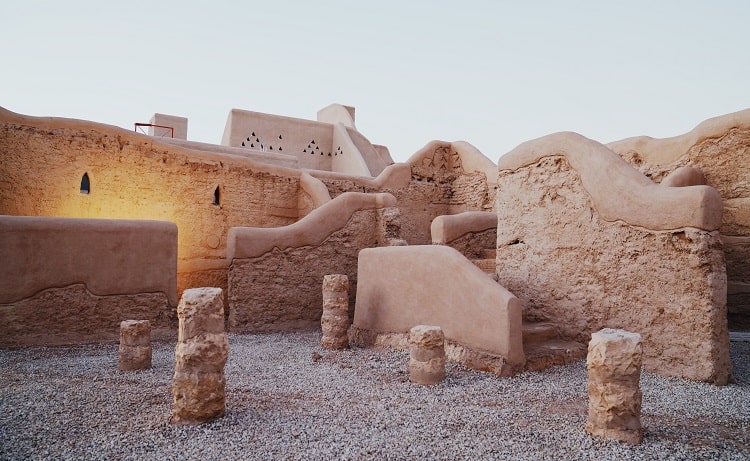 Ad-Diriyah is declared as a World Heritage Site by UNESCO, due to the rich historical value of this ancient capital of Saudi Arabia.

King Abdul Aziz Historical Center holding Murabba Palace is considered to be the cultural base of this city.

Check out other popular attractions in Saudi Arabia.

8. Markets and Shopping in Riyadh

Where to Stay in Riyadh

As most tourists want to stay close to maximum tourist attractions, Olaya Street may be the best place that houses Kingdom Center and Al Faisaliah Tower. 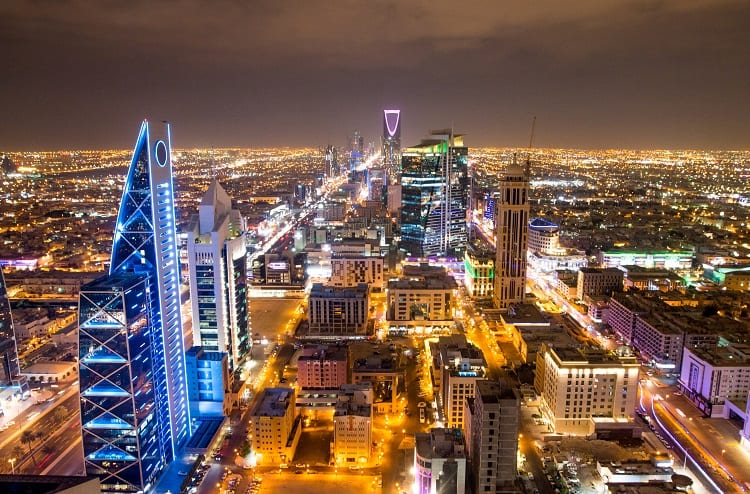 Al-Murabba housing Masmak Fort is another popular place for tourist accommodation. There are plenty of hotels in these places, where rooms are available within all budgets.

What to Wear in Riyadh

Conservative dress is preferred in Riyadh for both men and women. They need to wear dresses that cover their knees and shoulders, which is the modest dress code in Saudi Arabia.

Though tourists do not need to wear the traditional clothes of local Arabians, they should not wear sleeveless or too short attire while touring this city.

How to Get Around Riyadh

There is a network of minibuses in Riyadh that carry passengers at affordable costs. Two subway metro lines are now in operation in this city.

Plenty of white-coloured taxis are available on the roads of Riyadh and tourists can enjoy sightseeing in this city for only SR30.

They can also take cars on rent for moving around comfortably in this city. 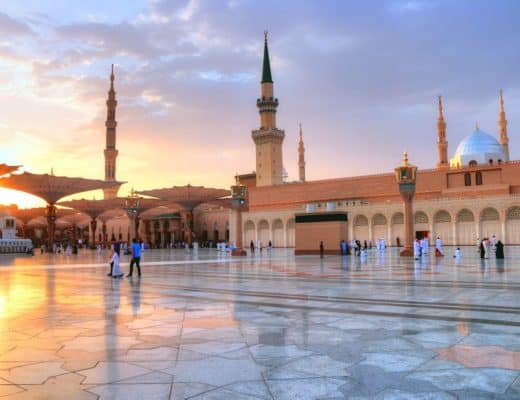