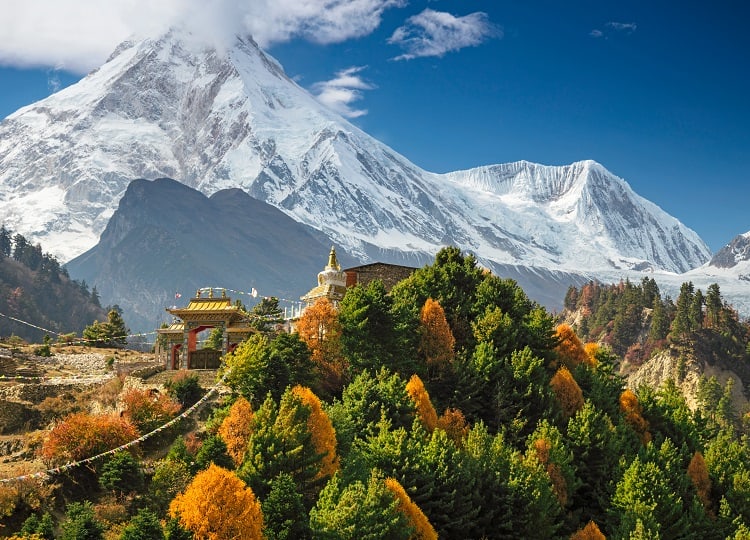 Annapurna Circuit Trek is a popular trek for explorers of the world. And why wouldn’t it be?

You get to walk in the rugged trails of the Himalayas, enjoy panoramic views of the Annapurna range and explore its natural beauty. But, each year as thousands of trekkers go for the Annapurna Circuit Trek, the trail has become crowded. 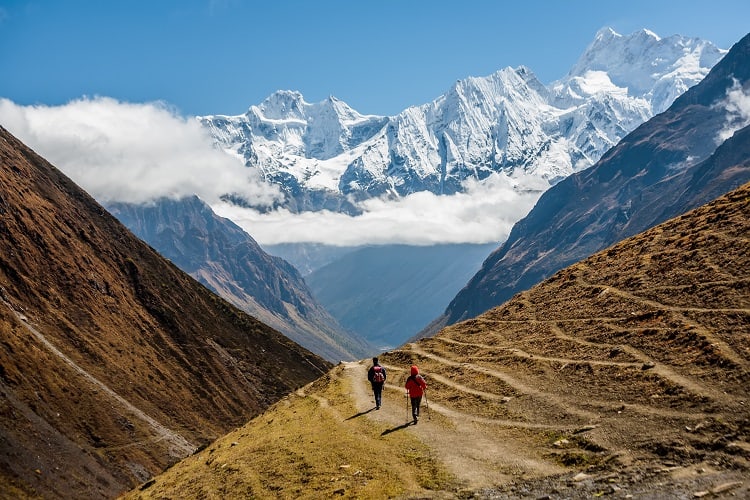 However, for those who want to experience the Himalayan adventure in its calm and without any commotion, Annapurna Circuit Trek might not be the best fit. 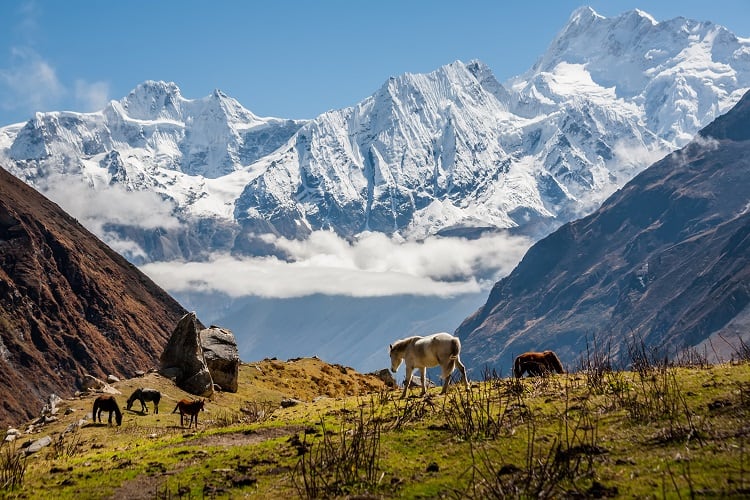 This is mainly because of the establishment of the Annapurna Circuit trekking trail. Annapurna Circuit Trek took off around the 1970s. But, it was only after 1995 that Manaslu Region started to welcome trekkers.

Even though the region is now open to trekking, you still need to get special permits to trek in this region.

So, not all foreign trekkers go for the Manaslu Circuit trek. Hence, there are fewer tourists in the Manaslu region than the Annapurna region.

This makes the trekking trail quieter and you can enjoy the remote authentic lands of the Himalayas better. 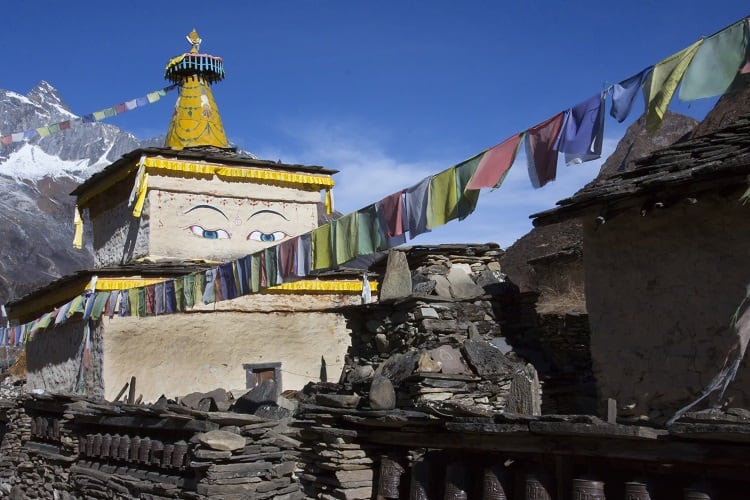 Of course, due to fewer tourists, Manaslu Circuit does not have developed infrastructure.

In fact, when it just opened as a trekking trail, there were hardly any teahouses in the region. Trekkers would have to camp and cook their own food.

The Manaslu region has more of a basic type of accommodation, but are very comfortable.

Annapurna Circuit Trek trail has motor roads in some parts of the trail. It does not mean the trekking trail has lost any of its charms.

Yes, vehicles do use this road but it is not busy. You can still go mountain biking on this trekking route.

The astounding views that surround you along the way are still the same. Actually, this motor road has become more of a backup in case of an emergency.

Talking about the challenges in both these routes, both Annapurna Circuit Trek and Manaslu Circuit Trek has high passes that you have to cross. 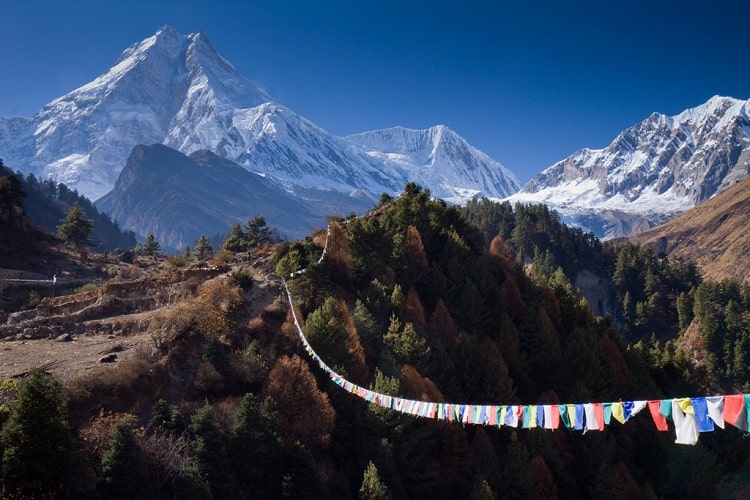 Similarly, in the Manaslu Circuit Trek, the most challenging pass would be Larke La Pass at 5213 meters. This pass also rewards you with mesmerizing views of the Himalayas and is a cultural bliss.

Both the trekking routes for Annapurna and Manaslu Circuit Trek has its own beauty. You do not need to doubt that you will miss out any of the Himalayan beauty and its natural heritages on either of this route. 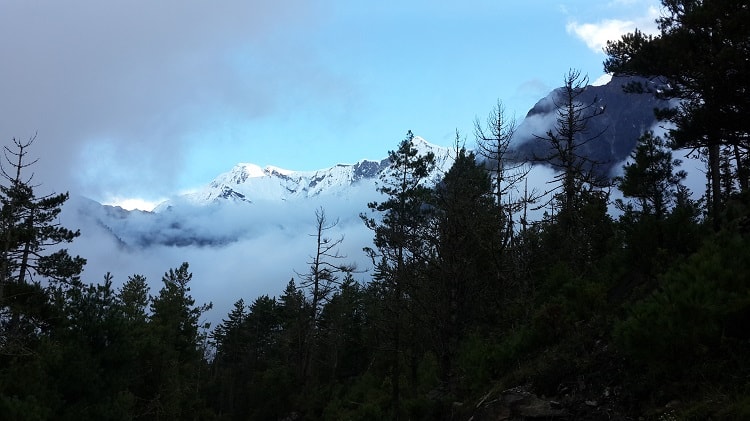 Both Annapurna and Manaslu Circuit trekking trails offer extraordinary views of the Himalayas. You cannot compare and find out which one is better. 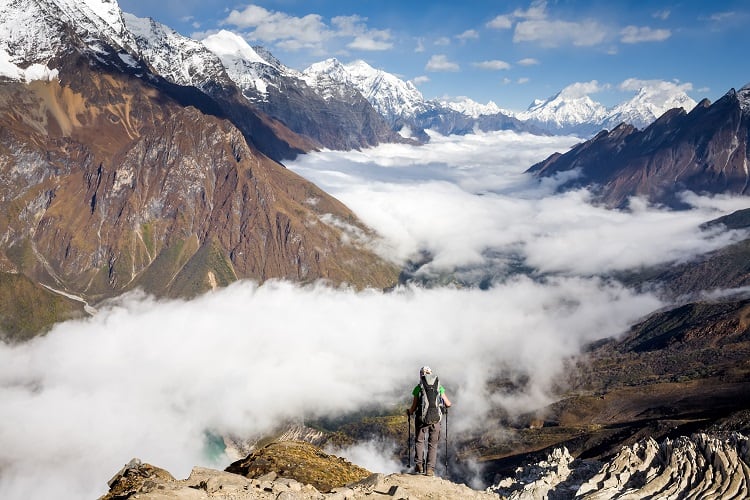 On the Manaslu Circuit Trek, you will be able to see the Mt. Manaslu, Annapurna I, Annapurna South Annapurna III, Ganesh Himal, Gangapurna, Himchuli and more. 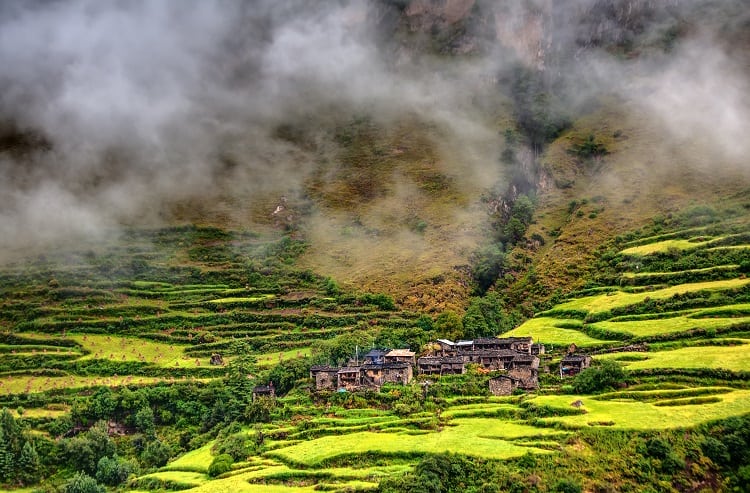 The isolation has preserved the ancient practices of Tibetan Buddhism since ages. So, you will be able to see their traditions, norms, and architecture prevalent since generations. 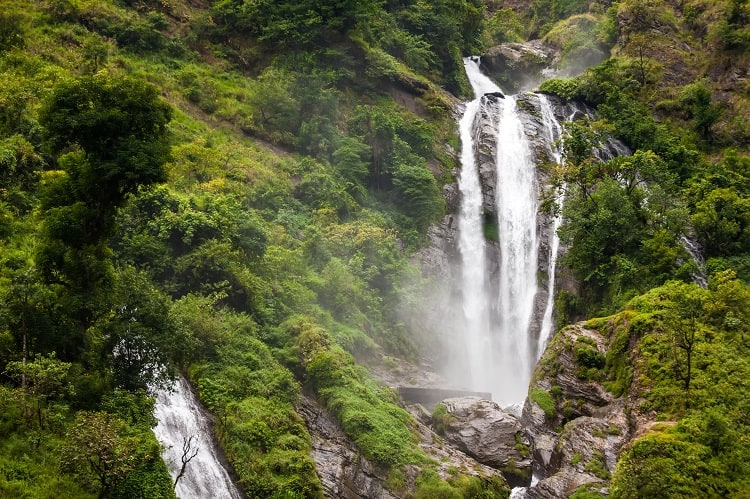 On the Manaslu Circuit Trek, like the Annapurna Circuit Trek, you will get to enjoy the river valleys, deep gorges, glaciers, glacial valleys, moraines and many more.

On the trail, you will get many chances to encounter blue sheep, musk deer, leopards, Himalayan yellow-throated martin, Himalayan black bears, Hoary-bellied Himalayan squirrels, Red Panda, and even snow leopards.

If you have the time, budget and the will to explore the unexplored regions of Nepal, we say go for the Manaslu Circuit Trek. 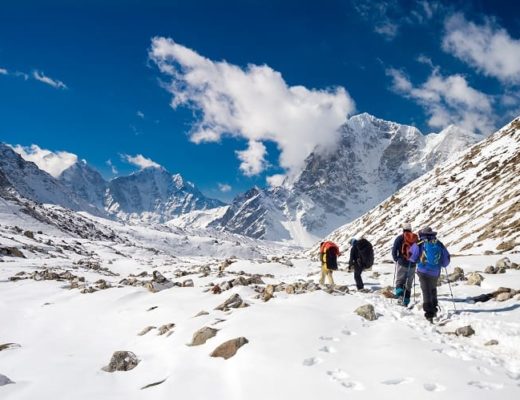 The Ultimate Guide to Everest Base Camp Trek