How to Travel in Europe For Cheap?

Home » How to Travel in Europe For Cheap? 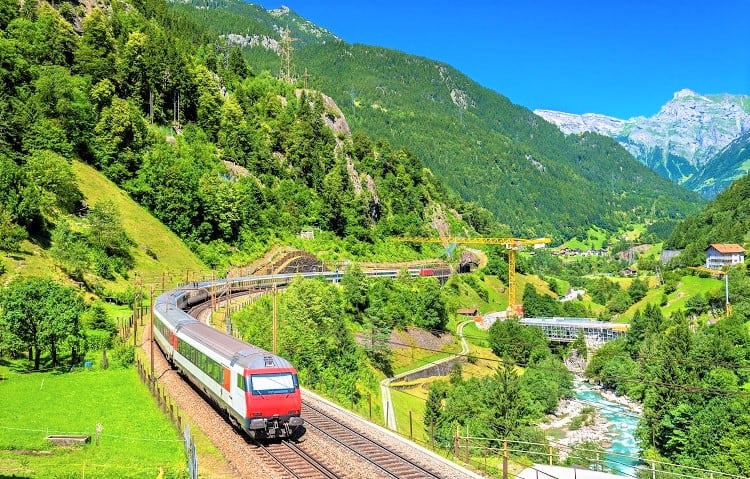 The question of getting around whilst traveling in Europe has always been a major concern for a lot of tourists and people moving to Europe from other parts of the world.

Not because the transportation is lacking, or bad, because it is probably the best you will ever encounter, but rather because it tends to get pricey.

Well, that is completely false; transportation in the countries of the European Union, as well as in other European countries can be extremely cheap, but also of great quality and safety.

Thanks to transportation regulations and the economic and geographical unity of the European countries, it has never been easier and cheaper to travel through Europe.

So, if you're coming to Europe and you wonder how to travel the continent on a budget, you're at the right place. In the following paragraphs, we are going to look into the cheapest and best ways to get around the whole of Europe.

How to Travel in Europe For Cheap?

Here some great tips of how to travel in Europe for cheap:

Europe is a geographically small continent, therefore, getting around is pretty easy. Because the size and the distance between the countries are so small, there is practically competition in every aspect between airlines. 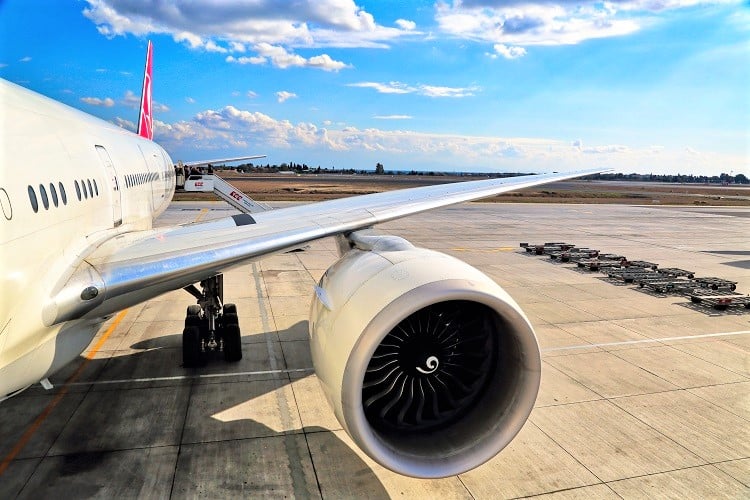 This little fact is responsible for the plane tickets being extremely cheap (unless you're carrying a lot of luggage, in which case, be ready to cash out more Euros).

However, there is a catch, of course. In order to grab those cheap tickets, you will need to do a lot of planning in advance. So, in order to find the cheapest flights in Europe, here's what you need to do:

The flights in Europe are usually the cheapest several months before the very departure.

So, if you're planning to, for example, spend your summer holidays in Croatia, make sure to book a ticket prior to the spring and summer holidays. This way you will save a lot of money.

The best way to travel Europe, long-distance, is by budget airlines, rather than the regular ones. The fares can be as cheap as 1 Euro, and the only thing you have to look out for is fees. 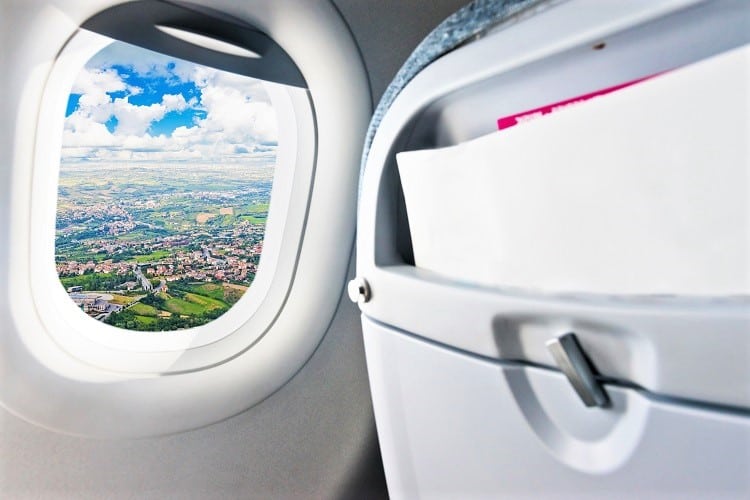 Make sure to follow the luggage limits, boarding pass requirements, and other rules in great detail. Here are some of the best budget airlines you can choose from Wizz Air, Eurowings, Norwegian Air, Aigle Azur, XL Airways France, etc.

Be on a lookout for deals:

My personal favorite way of traveling through Europe is by train. It is definitely the most compelling experience, extremely relaxing and eventful at the same time.

Traveling by train in Europe will be a defining moment of your life because the sceneries you will see are breathtaking, you won't deal with the stress of traveling, but rather enjoy your comfy, big seat and the stunning sunsets.

If you decide to take the train in Europe, here's what you need to know:

If you are a student traveling in Europe, you will get a discount, which is also a great offer. Also, if you're younger than 27, or older than 60, you will also get a discount.

However, before getting a Eurail Pass, make sure to look into a thorough guide, as the passes have changed a lot over the years and you don't want to make mistakes in reservations and pass purchases.

As I have said, traveling by train will have you see some of the most beautiful sceneries in the world. 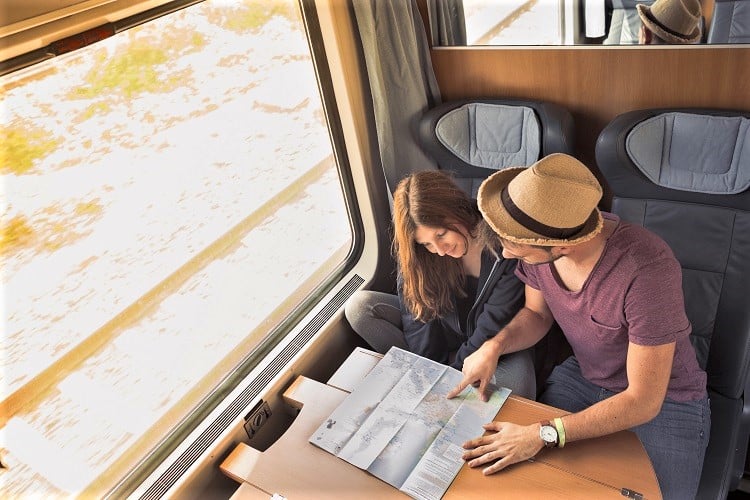 However, Europe is really mountainous and there are many tunnels on train routes, so make sure to get yourself entertained.

Bring a book, get some college paper writing done with the help of EssayShark, watch a movie or simply get a nap.

Bear in mind that during the overnight travel, your train might not be completely lighted, so an e-reader or a reading lamp could be useful to have.

Even though the European train network is known for its safety, reliability and overall civility, it is always good to beware pickpockets.

Make sure to keep a close eye on your luggage and belongings, so use a locker, and have your stuff safe at the passenger lounges at stations.

Bus traveling is probably the cheapest way of transportation in Europe. The lowest price tags for a bus ticket start at just 20 Euros, and, depending on the bus company and distance, can only go up to 80 to 100 Euros. 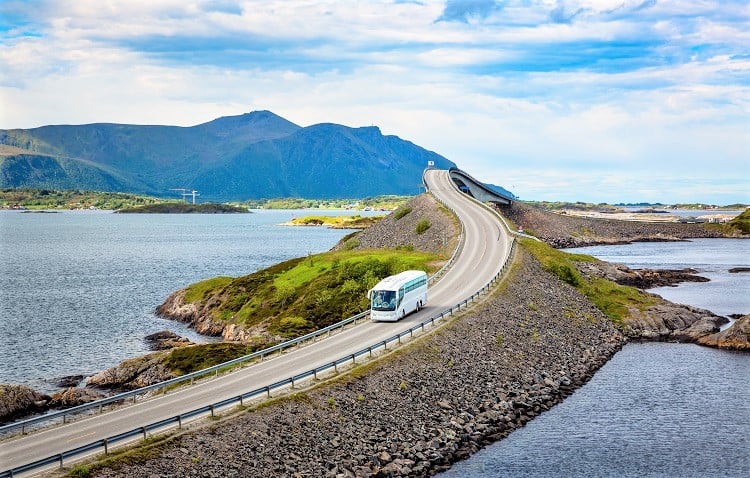 As mentioned before, Europe is pretty small and dense, so the countries are close by and you can reach a destination in a day or two.

For example, if you are in Vienna, and you want to go to Paris, a bus can take you there in only a few hours. Of course, traveling by bus is nothing like traveling by plane, but it has its own benefits.

You can see everything up-close, the bus can stop wherever the passengers want or at the designated stops, which gives you an opportunity to experience traveling closely.

If you feel like the bus option might work better for you, then here are some of the best bus companies that enable budget traveling through Europe;

FlixBus has quickly become one of the best bus companies in Europe. Even though they've been on the market for only a few years now, FlixBus attracts thousands of passengers daily.

This is a German-based company that will take you to 20 European countries, and thousands of cities. Traveling by FlixBus buses has been described as very comfortable, cheap (prices start at 5 Euros) and reliable.

You're allowed to have up to 3 free bags, and you can use Wi-Fi and electrical outlets. Before buying tickets, make sure to check Interflix, a FlixBus pass that gives you five bus trips for a price of 99 Euros.

Busabout is an interesting transportation method, as this is a hop-on/hop-off bus service. Basically, by using Busabout, you can get on or off whenever you feel like as long as it is on one of the Busabout set routes.

However, this service might be a little pricey for some, but not necessarily; for a two-week pass you will have to pay 300 dollars.

This pass will allow you to visit six cities in those two weeks, plus provide you with a guide and group activities with other travelers.

If you're not necessarily traveling the continental Europe, but rather the British Isles, then Megabus is for you. Megabus is a great transportation service around the United Kingdom, and fares are relatively cheap; around 20 pounds. 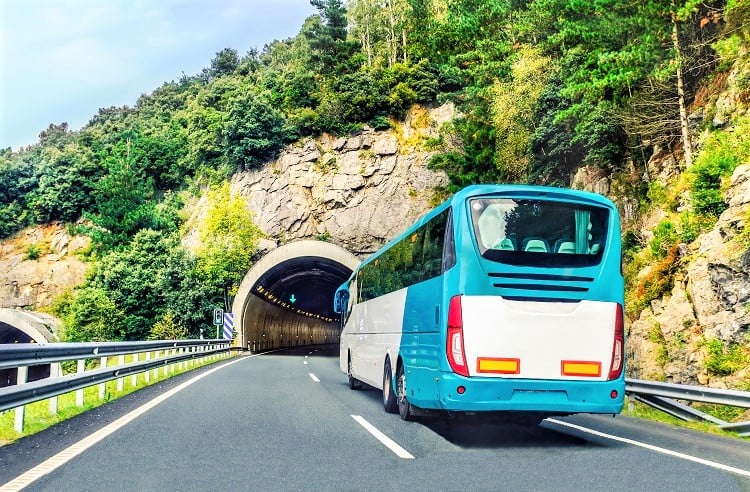 The prices can get even lower for distance like London to Bristol, where a ticket price can go as low as 5 pounds. Using Megabus, you can easily travel through England, Scotland, Wales, but also go to Paris, Brussels and Amsterdam. 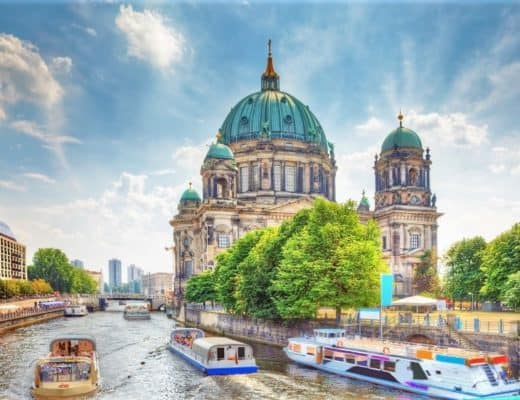 7 Fun and quirky things to do in Berlin with Kids 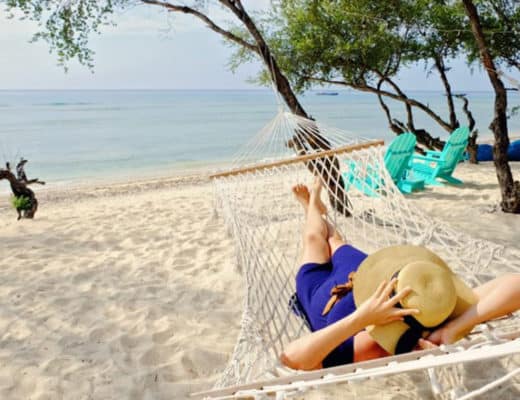 5 Girls’ Trips You Need to Take Once in Your Life 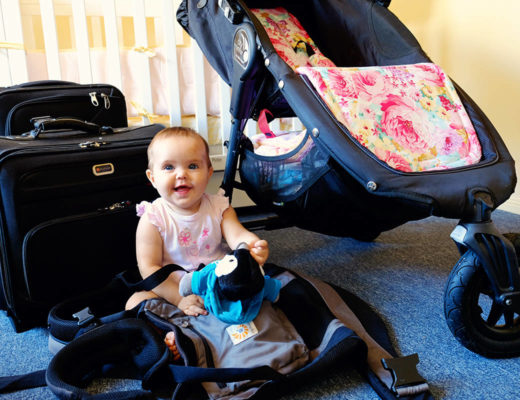