5 Famous Monasteries in Ladakh That is Well Worth a Visit!

Home » 5 Famous Monasteries in Ladakh That is Well Worth a Visit! 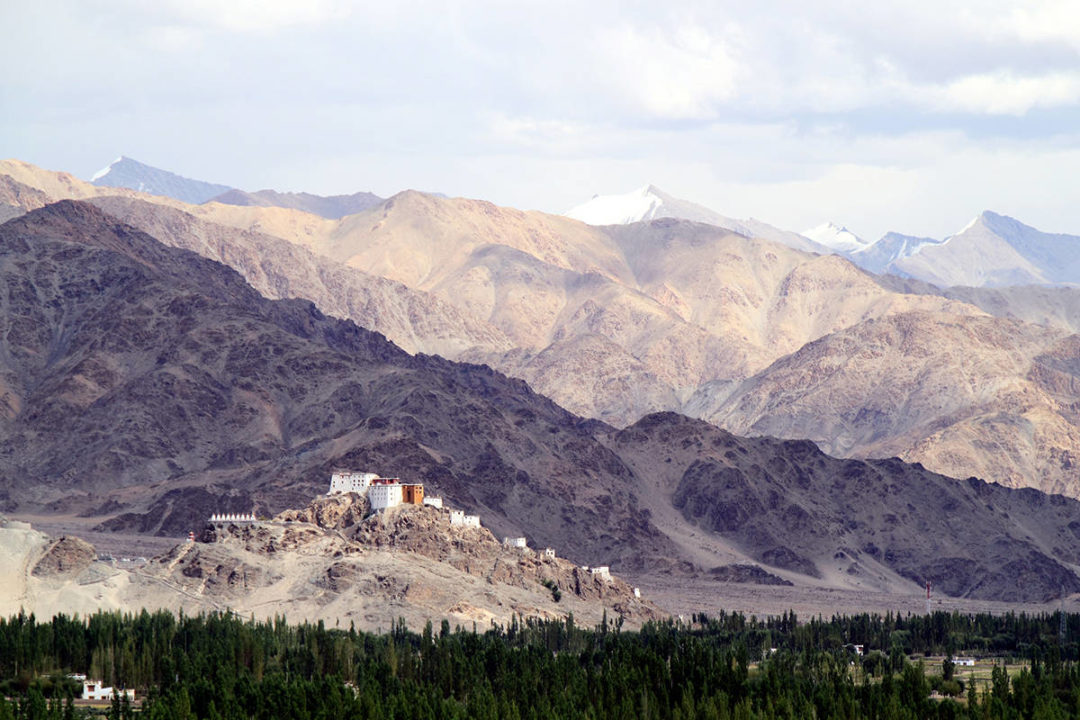 Considering its sheer beauty, one should not wonder why it is often called “trekkers-paradise”. The place is away from the hustle-bustle of city life and provides great therapy for the soul.

Apart from its environs, the place is hugely popular among tourists for its monasteries. Make sure to visit the following Top 5 Monastaries in Ladakh!  You can find these easily in any of the Ladakh tour packages.

5 of the Most Famous Monasteries in Ladakh

Are you planning to visit Ladakh in India? If so, here is a list of some of the best Ladakh monasteries to include in your itinerary.

Not only will the visit to the monasteries be totally memorable, but there are also plenty of other places to visit in the vicinity as well.

Here is a list of the most famous monasteries in Ladakh that you should visit: 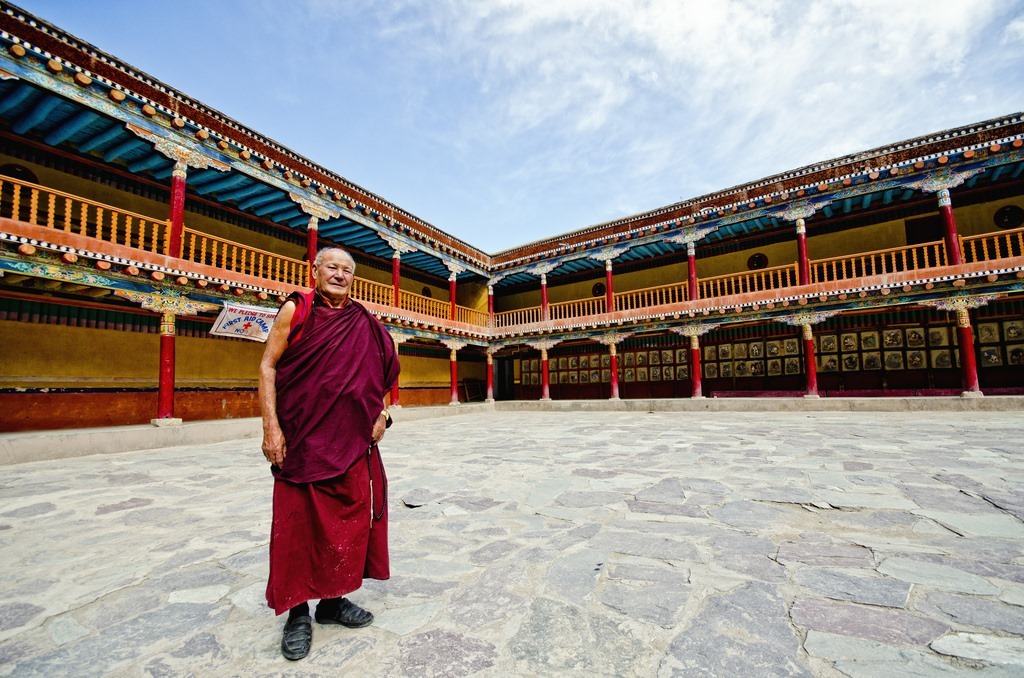 The Hemis Monastery was built in 1630 and happens to be one of the largest monasteries in Ladakh. The monastery is hugely famous for its massive architectural style.

The route to the monastery in itself is mesmerizing and is popular for trekking. Being surrounded by beautiful Himalayan Mountain, this place will simply leave you awestruck. 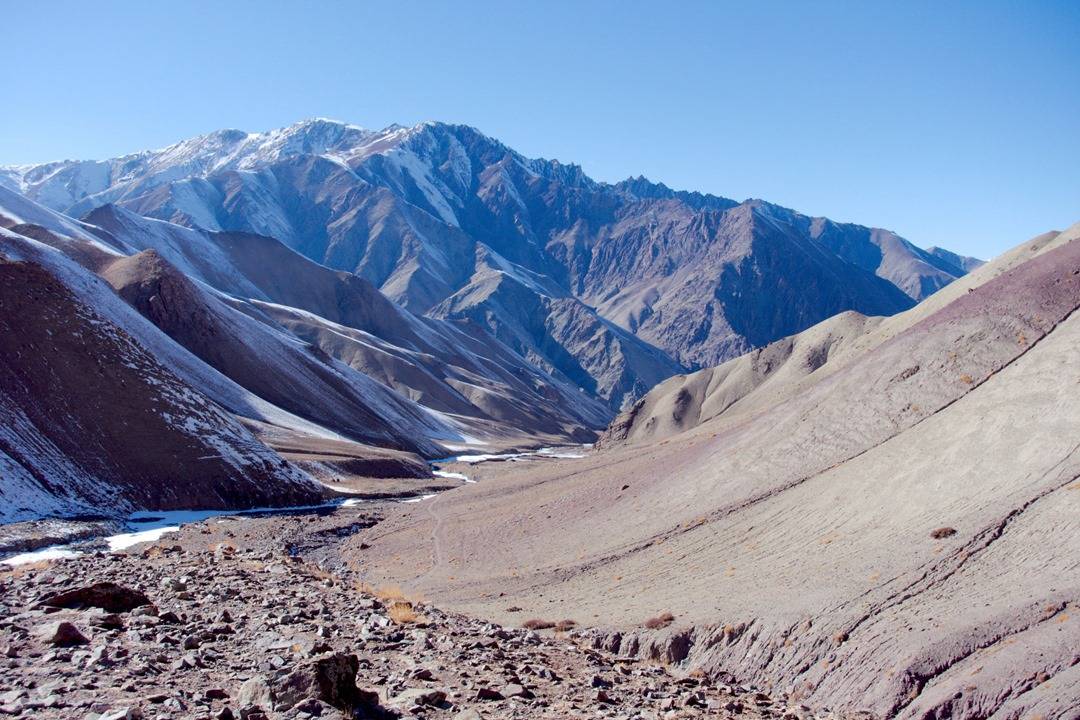 A major festival is organized in the region for 2 days and attracts many visitors. 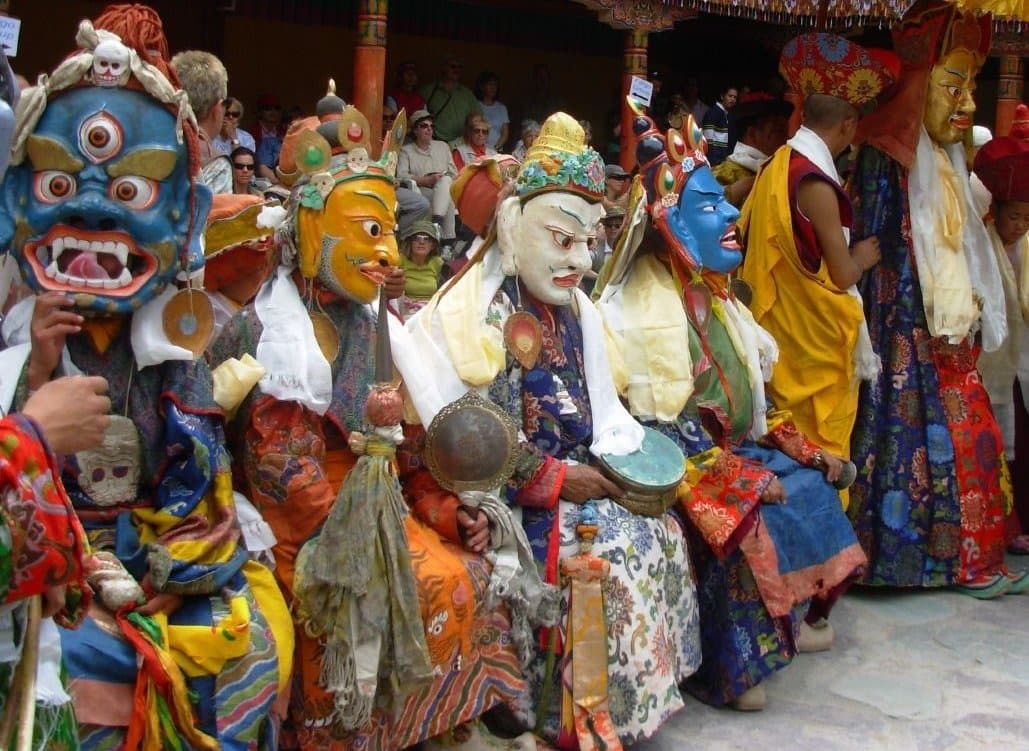 Another popular spot is a Hemis National Park, which is famous for its rarely seen animals and if you are lucky you might even see a snow leopard. 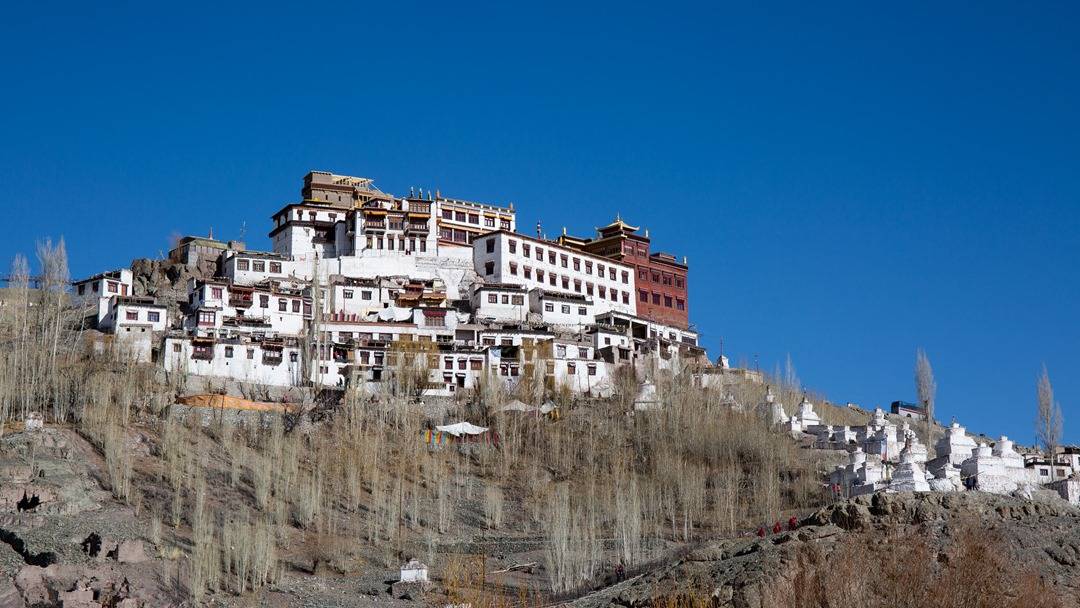 The Matho Monastery resides alongside the Indus River and is originated in the 16th century. The place is extremely famous for its thangkas, which are nearly 400 years old, as well as the Nagrang festival. It’s an annual festival held in the first half of March and exhibits Buddhist teachings and philosophies.

Apart from the Ladakh monastery, tourists are also attracted to the Matho museum which is located nearby. The museum exhibits a large number of Kashmiri bronze artifacts (which dates back to the 9th century), medieval paintings, as well as modern Chinese paintings.

The Rangdum Gomba Monastery is 200 years old and is situated over a small hill, at a height of 3657m. The monastery exhibits rarely seen artefacts and statues.

The region is surrounded by snow-capped lofty mountains, barren landscape, pleasant weather and sparkling rivers. This place attracts many tourists. And what’s more interesting is the monastery location which is just 130 km from Kargil. 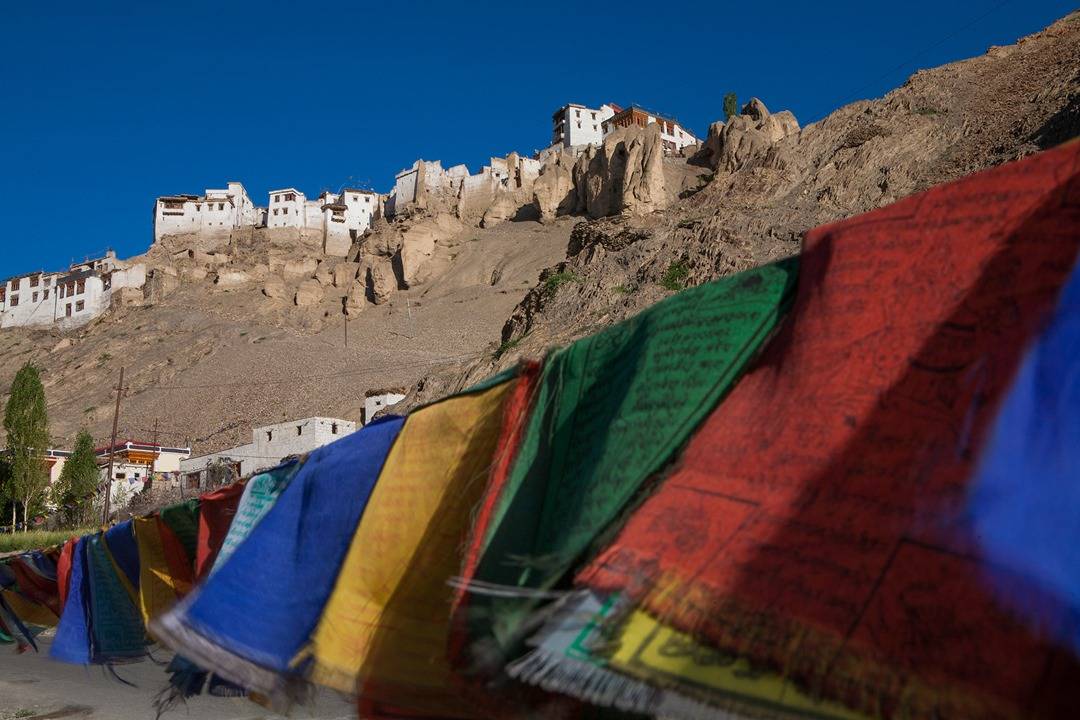 The Lamayuru Monastery is one of the oldest and largest of the Ladakh Monasteries!

The place is situated on the main Leh-Kargil highway. It was founded in the 11th century by Mahasiddhacharya Naropa and belonged to the Red-hat sect of Buddhism.

The monastery has a rich collection of wall paintings, murals, thangkas, scriptures, statues and an impressive 11 headed, 1000 eyed image of Chenzing.

Apart from its vast collection, the beauty of the landscape is another reason for tourist visits. The place is truly a delight for photographers. 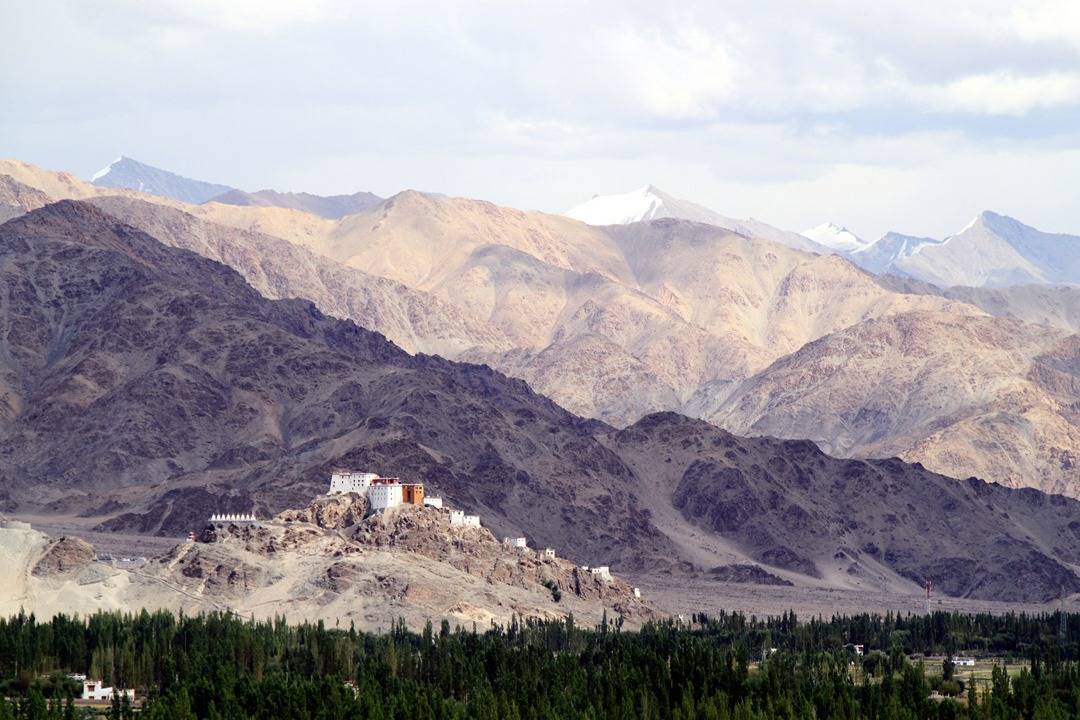 Thiksey Gompa Monastery is located on the hilltop to the north of river Indus.

Built in the 15th century, the monastery belongs to the Gelugpa order of Buddhism. The building is a 12-story complex and exhibits a large number of Buddhist arts such as Thangka paintings, statues, swords etc.

Ladakh is a truly magical landscape and one has to see it to believe! 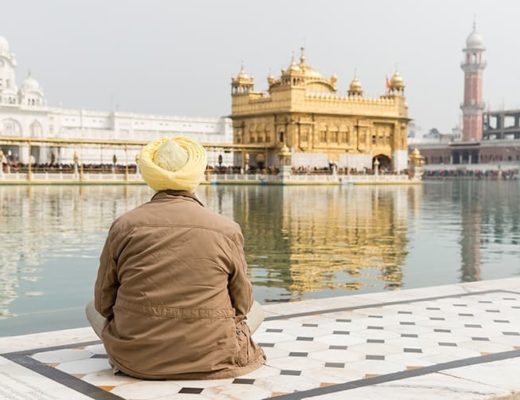 Essential Traveling to India Tips & Advice That You Should Know! 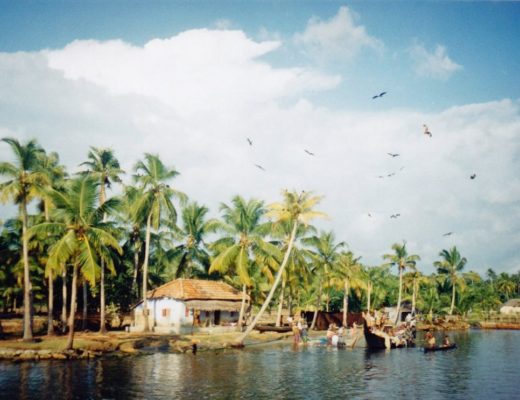 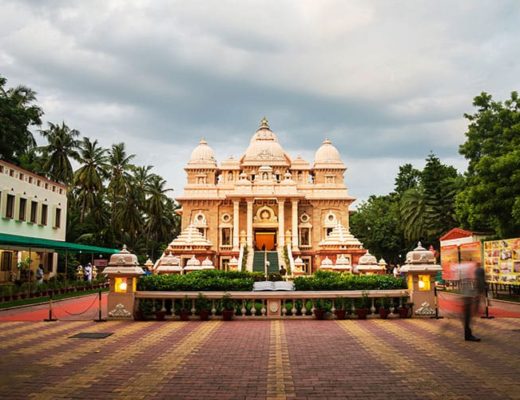 12 of the Best Places to Visit in Chennai, India