5 of the Most Popular Halong Bay Caves to Explore

Home » 5 of the Most Popular Halong Bay Caves to Explore 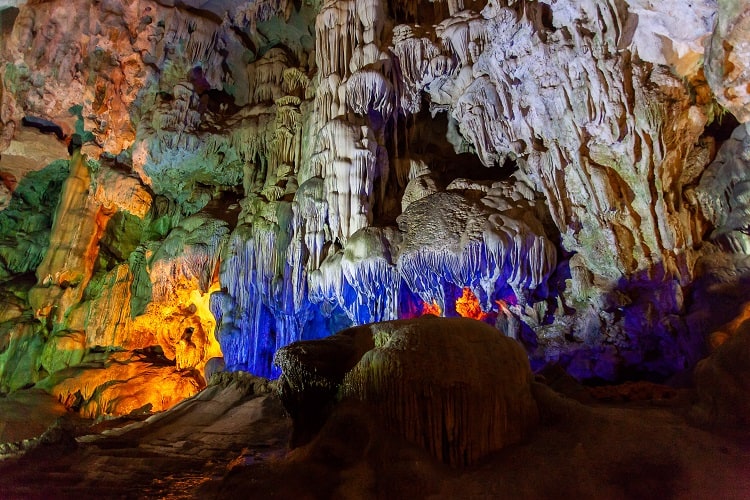 Experience Halong Bay’s surreal landscape in the spectacular caverns that fill its landscape.

Finding the ultimate Halong Bay cave to explore has never been easier with our top 5 picks at your fingertips.

Halong Bay is known for its amazing caves and stunning scenery. The best way to check out these caves is by choosing one of the sensational junk boat cruises. And there are many! 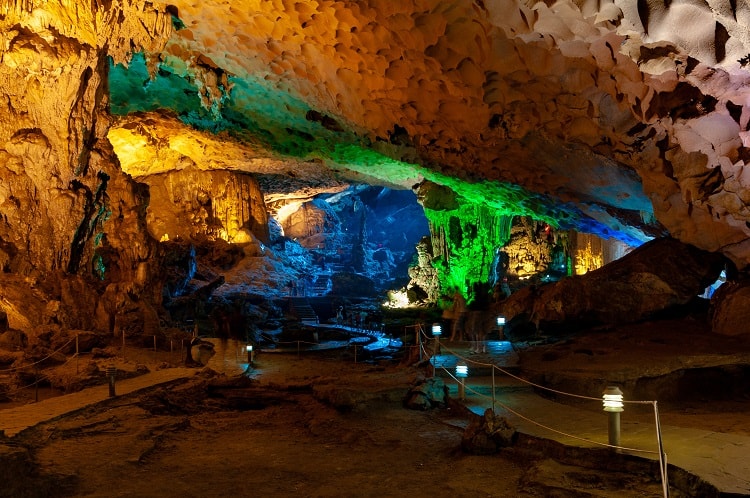 To help you choose the best Ha long Bay cruise has to offer that takes you to see the caves. We personally went on an Indochina Sails and we loved it!

Check out our Indochina Sails Halong Bay review. This one might just be the right one for you too.

The best way of getting to Halong Bay

On our trip to Vietnam, we escaped the hustle and bustle of Hanoi and made our way to Halong Bay for some much-deserved relaxation.

Here is our experience and the best way of how to get from Hanoi to Halong Bay. This info will help you to get to Halong Bay safely and without a hustle.

Checking out the caves is one of the best things to do in Halong Bay! Here are the best Halong Bay caves that you need to see when visiting Halong Bay.

Visit the Surprising Cave, Halong Bay's largest cavern, which is named for its startling beauty. Ascend a winding staircase and enter the spacious grotto, which opens up into 2 caverns. The largest of which is a giant limestone bubble, filled with stalagmites and stalactites. 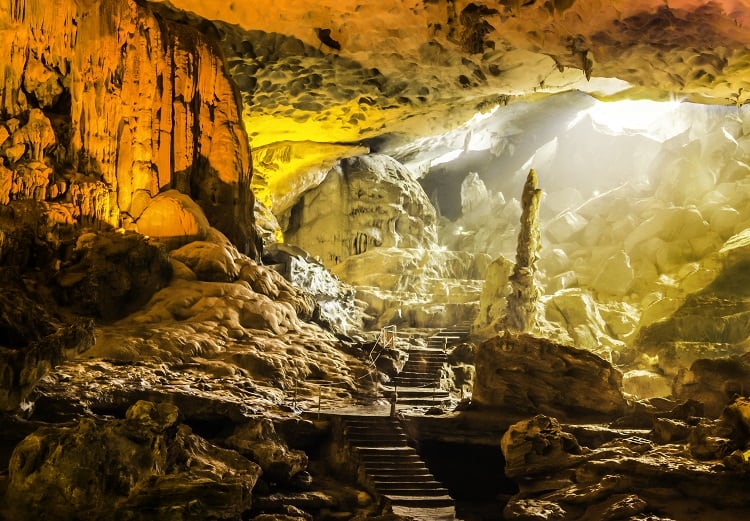 Famous Sung Sot contributions to Halong's cave legends include a horse and sword, which were placed there to protect Halong. Take a look around and see if you can spot other notable formations, including:

Hop aboard one of the many junk cruises to explore this piece of paradise.

Step inside the Heavenly Palace, and experience the legend of the Dragon King. With its four monumental pillars, bubbling stream, and the sound of the king’s drums (created by wind blowing through the cavern), the Dragon King’s story comes to life.

In the spectacular Thien Cung Cave, the Dragon King held his wedding to his beautiful bride, May. Visitors to the cave can imagine the splendour of the event with the natural light show that plays out on the walls, alongside images of their impressive guests.

The Dragon King’s home is a must-see, as is the spectacular view you are treated to as you exit the cave.

Dubbed the Cave of Wonders,  Dau Go is an impressive menagerie, filled with a diverse collection of animals and plant life. 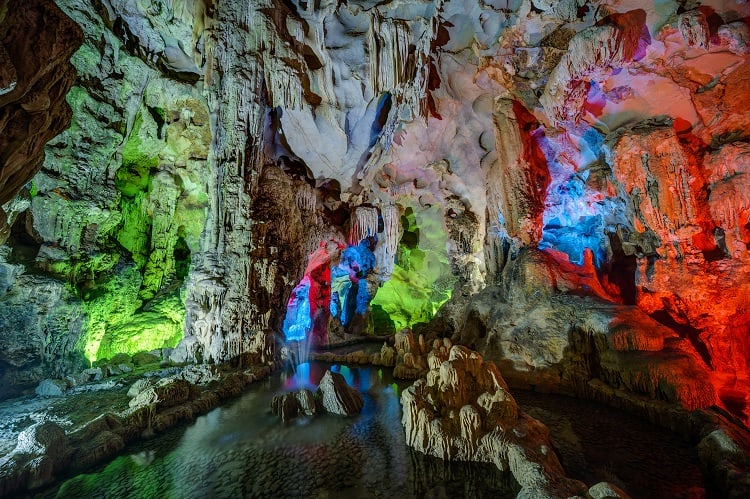 Explore the caves three unique areas, the forest of which has a stunning exhibit of stalactites, which features a collection of creatures including lions, pythons, and fighting cocks. The second limestone gallery houses a natural picture of the rocky islands, while the third holds groups of formidable stone pillars.

Then, make your way to the hidden freshwater lake, where the whimsical beauty of this cave is captured by a poem on its walls.

As a sheltered alcove on a sea-lake, the Dark and Bright Cave makes a stunning sight. It is only accessible via rowboat or kayak, adding a splash of adventure to your Halong trip. 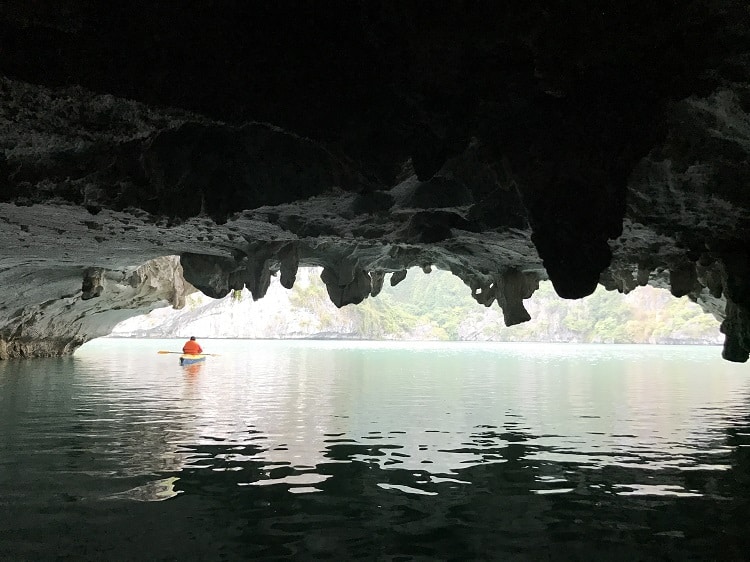 Paddle through the forested mouth of the cave, entering the tranquil gloom of the cave's foyer. As you venture further into the cave, sunlight will break through, marking your entrance into Bright Cave.

Monkeys scamper through the cavernous landscape, while orchids bloom in technicolour from the ceiling.

In the limestone cliffs of May Den Island, lies the Three Palace Cave. Enter this unreal natural museum with stunning artworks, carved and chiselled by nature. 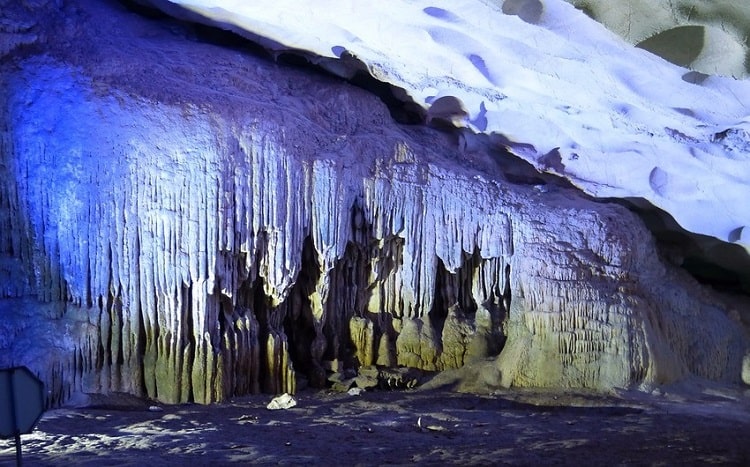 The first of Tam Cung's three rooms are filled with stalactites, which bloom like a white orchid. The second cavern is home to spectacular rock formations in the likeness of lions, seals and sea nymphs.

The final room houses three statues, which represent prosperity, happiness and longevity. Then, sit by the spring, which fills the cavern with the sound of fresh bubbling water. 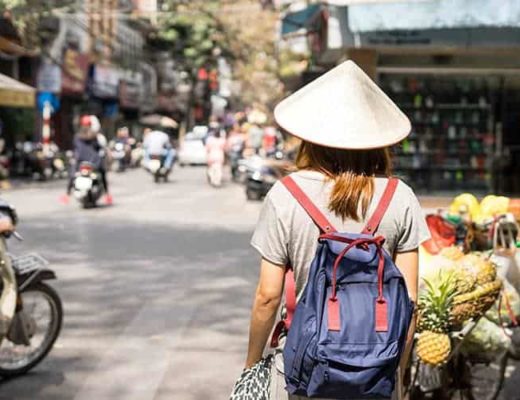 What you NEED to Know before you Travel to Vietnam! 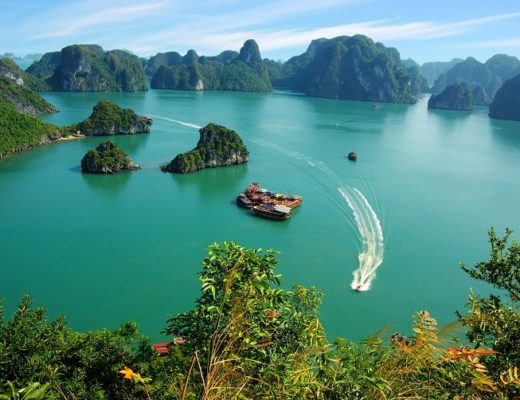 How To Get From Sapa to Halong Bay (& Vice Versa) 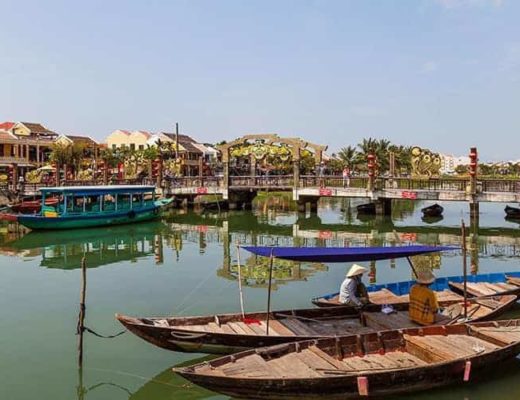