Don’t Miss These 5 Festivals and Fairs of Rajasthan!!

Home » Don’t Miss These 5 Festivals and Fairs of Rajasthan!! 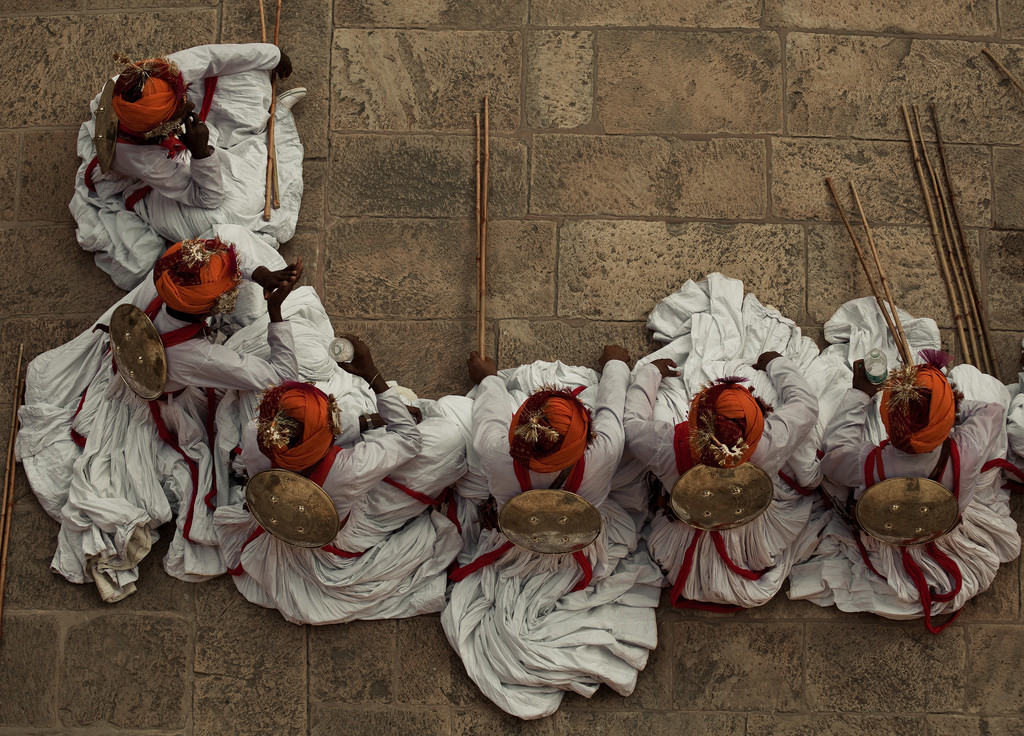 Raja (kings) – sthan (place), as the name signifies is the grandeur of Rajput royalty and a popular tourist spot.

Rajasthan has an exotic landscape; which unfolds in a rare combination of beauty, royalty, culture & history. Besides a rich historical past, the place is a beautiful amalgamation of living cultural heritage, adventurous activities, and mesmerizing views.

Making it a perfect place to visit in India! 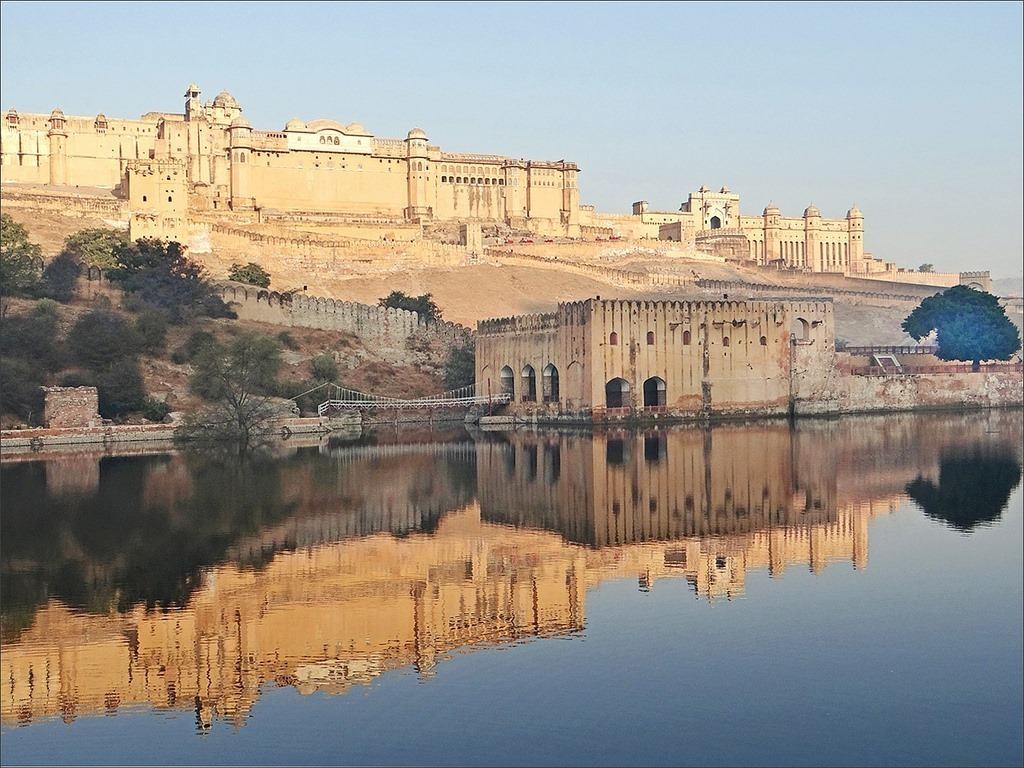 The view of this landscape is unparalleled during the Rajastan fairs and festivals and attracts many tourists across many borders. So if you are planning a trip to the place of royalty, don’t miss its popular festivals. Here is a list of the top 5 festivals and fairs of Rajasthan; which you can find in any Rajasthan tour packages.

Ladakh: Must visit monasteries in the Land of Lamas

The Best Festivals and Fairs of Rajasthan

If you are a folk cultural lover, then this festival will be a delight for you to watch. The RIFF is organized to boost the indigenous music and art forms by RIFF society. During the festival, the city is bedecked beautifully. The event goes for 5 days and the city dances on the beats of its folk music. 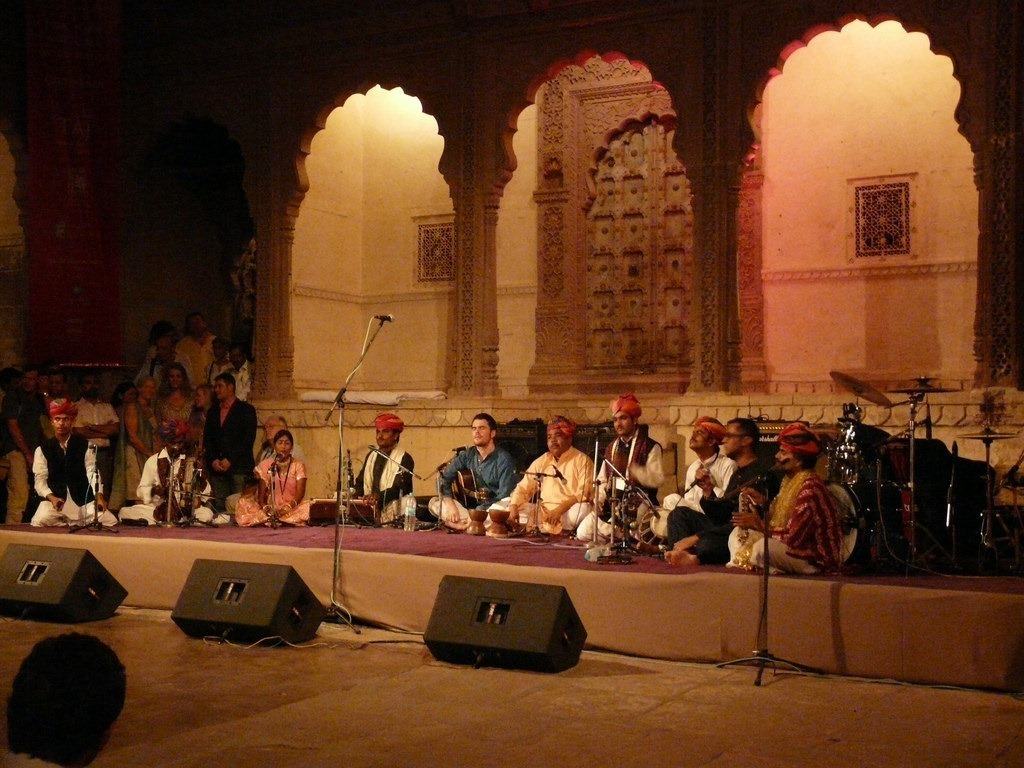 The festival is set up against the backdrop of Royal Mehrangarh Fort, which enhances the vibe of the festival even further.  The other attractions during the festival are jazz nights, Rajasthani nights, gypsy folk dance forms and melodious ragas.

It is one of the most popular of the festivals of Rajasthan.

Nagaur Fair is a popular fair organized in a place called Nagaur. The fair is held during the month of February every year and is the second largest cattle festival. 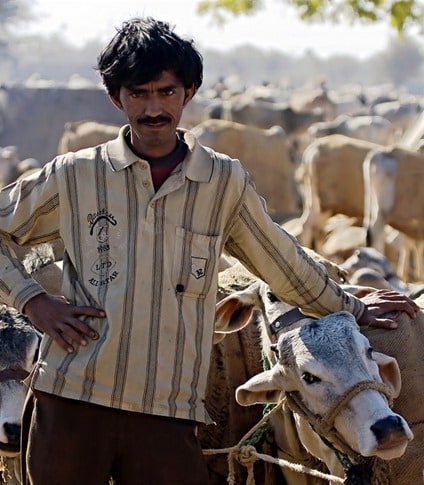 Around 2 lakh animals like horses, camels, bulls, and cows etc. are bedecked beautiful. These cattle are accompanied by their owners. During the fair, trading of cattle takes place in large numbers. 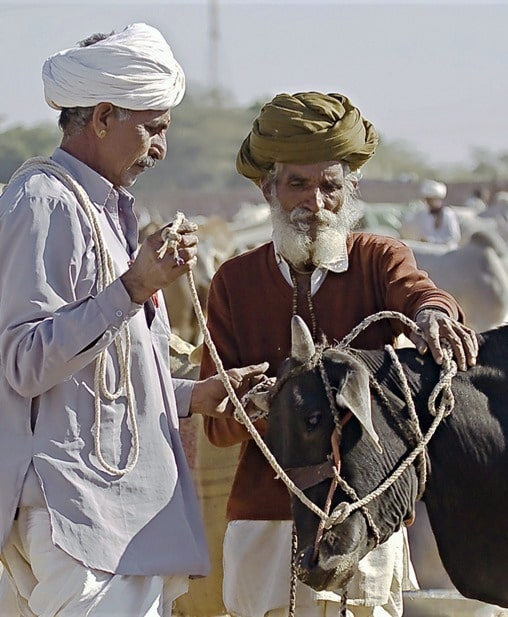 The place is popular with tourists due to the famous folk dance and music performances. The other highlight of the event is: tug of war, bullock race and puppet shows!

The Jaipur literature festival is one of the most popular festivals! It’s the largest literary event and goes for 5 days. The panel has renowned academicians, writers, sportsmen, journalists, business leaders and many other great minds. 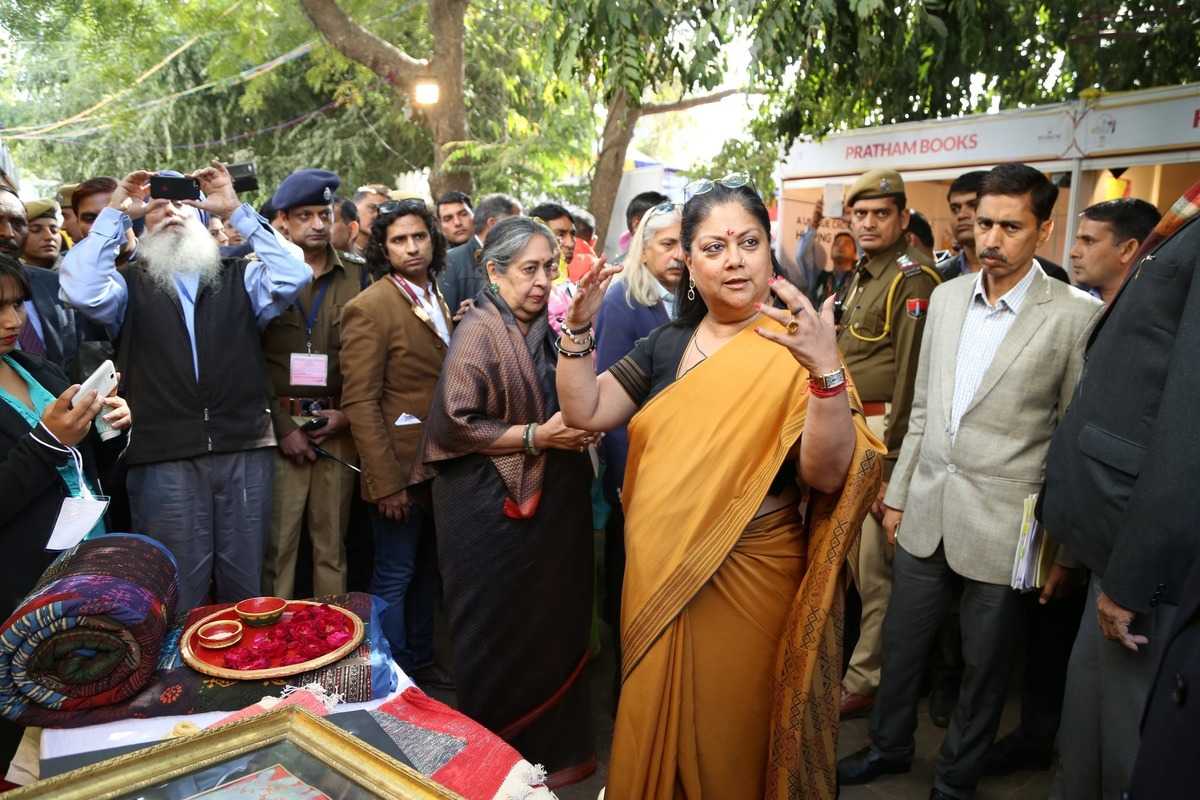 The success of the festival has grown enormously with time. And now it welcomes nearly 1300 speakers and 1.2 million readers.

A visit to the festival will be a great idea if you are in the capital.

The festival is held during Dussehra (October) and attracts flocks of adventure sports lovers from everywhere. The event exhibits various activities like parasailing, rafting, windsurfing, water skiing, and kayaking. Apart from this, the visitors can also enjoy its hugely popular rock climbing, gliding, trekking, angling and rural excursions.

The Kite festival in Jodhpur is an immensely popular kite sport which is celebrated in a grand way during the Sankranti festival. 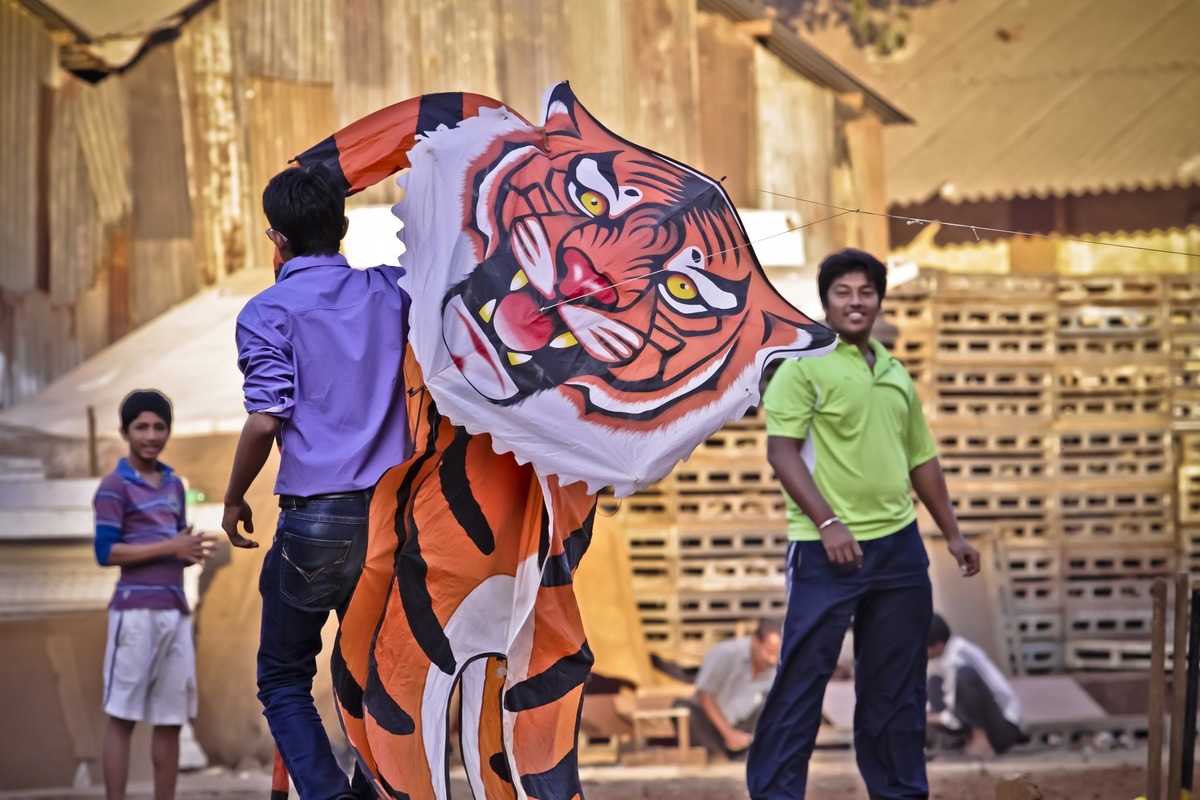 During this time the “international kite festival” is also organized. The festival is a delight to watch and is probably my favorite from the list of fairs and festivals of Rajasthan.

So don’t miss this international event if you are in the city. It’s a magical experience that happens only once in a year.–

A trip to Rajasthan is truly a trip that is full of unique experiences. Try to organise your trip so that it coincides with these 5 Rajasthan fairs and festivals and make your trip a memorable one. 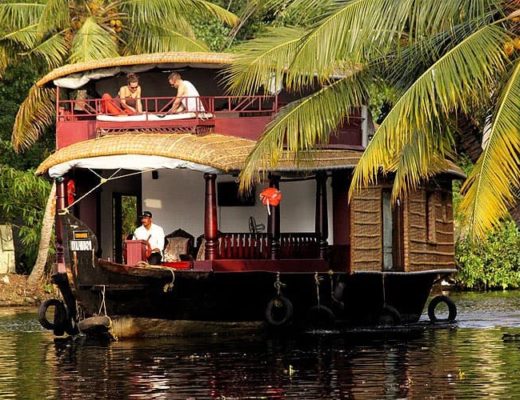 Discover India like Never Before with your Kids and Family 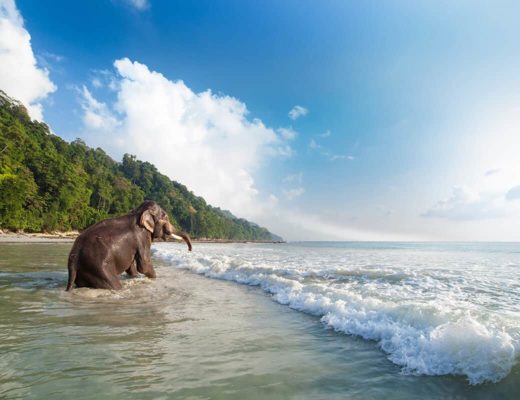 Andaman Travel Guide: Things to Do in Andaman & Top Tips 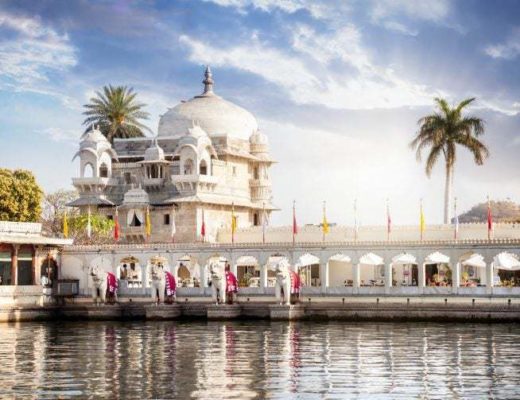 5 Places to Visit in Udaipur, Rajasthan!