Encounter Gorillas and Wildlife on an Amazing Uganda Tour

Home » Encounter Gorillas and Wildlife on an Amazing Uganda Tour 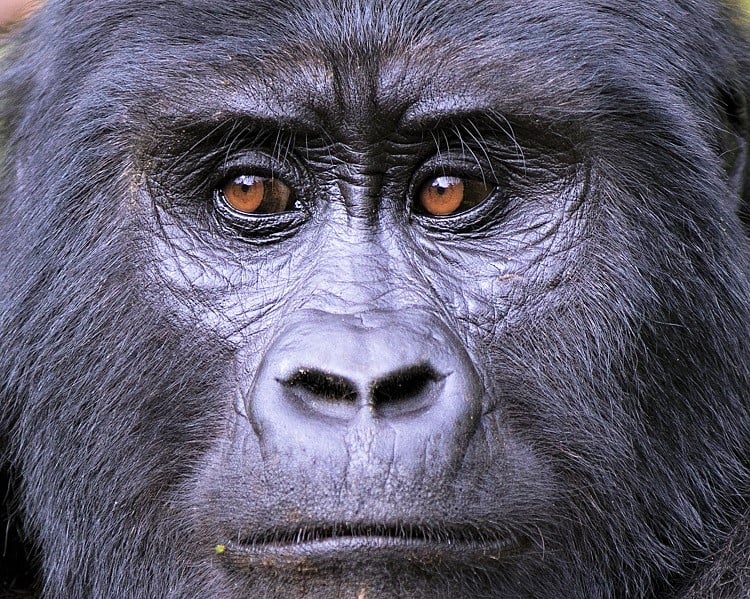 Are you looking to experience an unusual wildlife safari experience? Uganda is quite a charming destination that early visitors often referred to as “the pearl of Africa”.

Uganda is described as the Pearl of Africa for many reasons. It is a fascinating destination with lots of amazing things to see and do. Though landlocked, Uganda offers a great opportunity for you to discover the iconic tourist sites that make it one of the best safari destinations in Africa.

It is one of the countries in Africa with intense biodiversity that includes rare flora and fauna. The country has the most favorable weather and climatic conditions that have made it the ultimate destination to visit all year-round.

Gorillas and Wildlife on a Uganda Tour

This East African destination humbly prides herself in being the best destination where to see the famous and critically endangered mountain Gorillas. 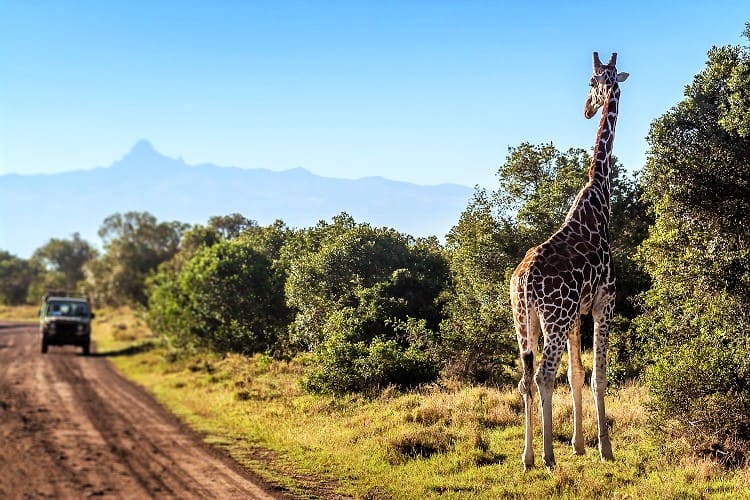 There are as few as only 1000 mountain gorillas left in the whole world. These great apes live in two distinct places; Bwindi Impenetrable Forest National Park and the Virunga Ranges that stretch over Uganda, Rwanda and Congo.

Uganda hosts almost half of the world’s total population of the mountain gorillas.

The country protects these great apes in two gazette national parks that were created solely to offer a safe haven to these gentle giants. These are Bwindi Impenetrable National Park and Mgahinga Gorilla National Park.

The park is blessed with plenty of favorable factors that have made it a safe haven for gorillas. The park has fertile soils that enable the growth of plenty of food for them which makes them really gigantic, healthy and worth seeing compared to the rest. 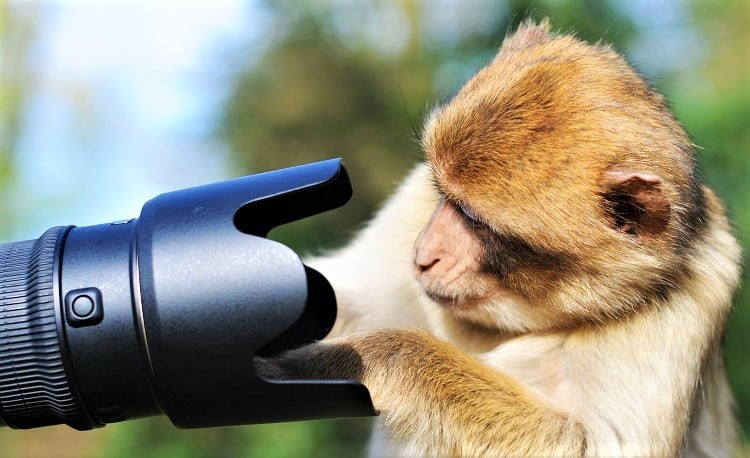 Mountain Gorillas share 98.3% of their genetic code with humans and that makes then man’s closest relatives in regards to wildlife. Their social life is quite breathtaking and fascinating since they are wild animals and are worthy to see!

They leave in groups with a silverback dominating the entire group and all females belong to him. During your visit in their natural habitat, you will be amazed by their lifestyle and you will learn on how they spend the whole day in the wild.

Uganda offers two choices to those who would like to see the mountain gorillas in the wild. You can opt to go gorilla tracking, guided nature walks in either Bwindi Impenetrable Forest National Park or Mgahinga Gorilla National Park to see these great apes. 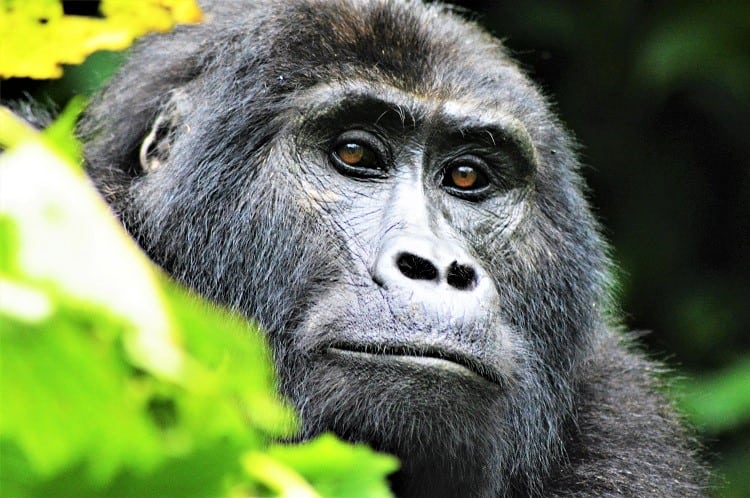 This activity is highly regulated so that tourists cannot degrade the place visited. Only 8 tourists are allowed to visit a habituated gorilla group and gorilla watching is limited to only 1 hour.

There are also set rules and regulations that visitors must adhere to while in the company of the gorillas. These include:

Would you like to spend more hours with the great apes? Uganda is the only destination which can offer you an experience of following up with a gorilla family to a maximum of 4 hours.

This activity is only allowed in one gorilla family that is undergoing habituation within the southern part of the park. Referred to as gorilla habituation, this activity comes at a price of USD1500 for a pass.

A maximum of only 4 tourists are allowed to go on this amazing experience in a day and this activity follows the same set ecotourism rules that guide gorilla watching in Bwindi.

Other Wildlife in Uganda

Apart from the mountain gorillas, Uganda has a lot more for you to see while on a Uganda tour experience. On safari in the Pearl of Africa, you have a chance to spot out a variety of wildlife species including the big game that is sought on a traditional safari in East and Southern Africa. 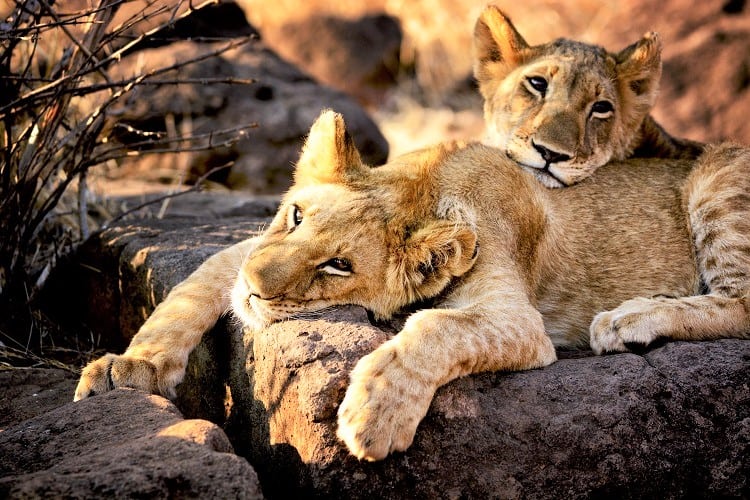 Though Uganda doesn’t boast of large national parks like Masai Mara National Reserve, Serengeti National Park or Kruger National Park, it offers game viewing in a different dimension. The country has several savanna national parks where you can enjoy a traditional safari with fewer crowds!

The parks are home to the African big five animals that are looked for by most tourists on an African safari. These are the African bush elephants, leopards, lions plus the tree-climbing lions, buffaloes, etc. 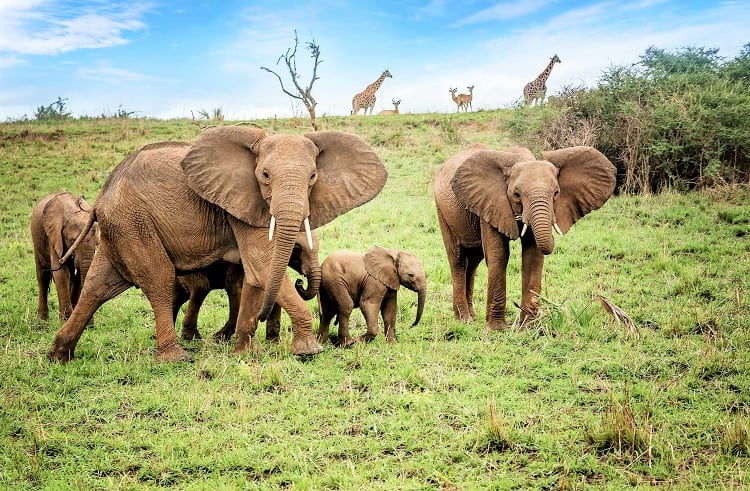 Though Uganda’s Rhinos were decimated in the 1970s, a breeding program has led to restoration on a healthy population for these animals that are threatened in almost all national parks in Africa.

If you would like to see the big five, don’t look further. In addition, there are also other interesting animals that are worthy of looking for! Meet the Rothschild giraffes, zebras, hyenas and warthogs during a game viewing session in selected national parks.

One of the bonuses of taking a wildlife safari in Uganda is its diversity of antelopes. There are several antelope species that include roan antelopes, topis, Oribis, impalas, waterbucks, bushbucks, sitatungas and others. 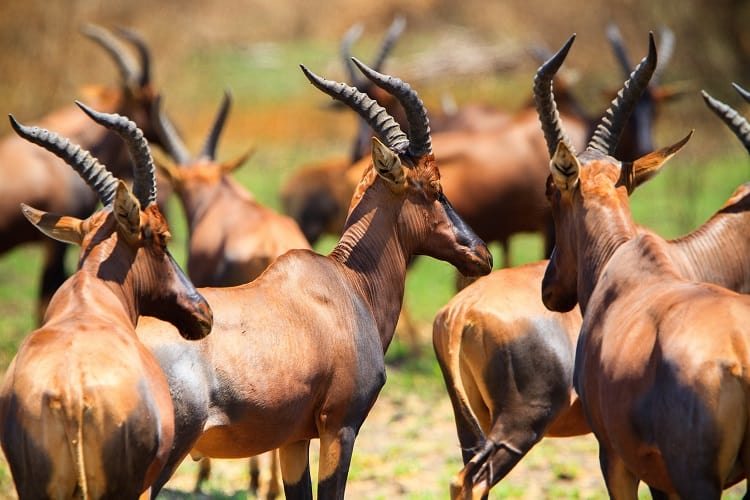 These animals will make your safari not only memorable but also enriched with the African wildlife that you will come across.

The country also hosts an incredible diversity of primates including over 5000 chimpanzees in several forests as well as golden monkeys in Mgahinga Gorilla National Park.

Chimpanzees are worthy of visiting and some tourists prefer tracking these great apes over the mountain gorillas. These apes that share 99% of human DNA are cunning, intelligent and more social if compared with the gorillas.

A trek to see these fast-moving apes’ costs between USD50 to USD200 for a pass depending on the location where you would like to meet these cousins of ours!

Uganda is home to over 1080 bird species which account to about 60 percent of the total population of all the birds in Africa. Its bird population makes up about 10 percent in the world’s bird checklist. 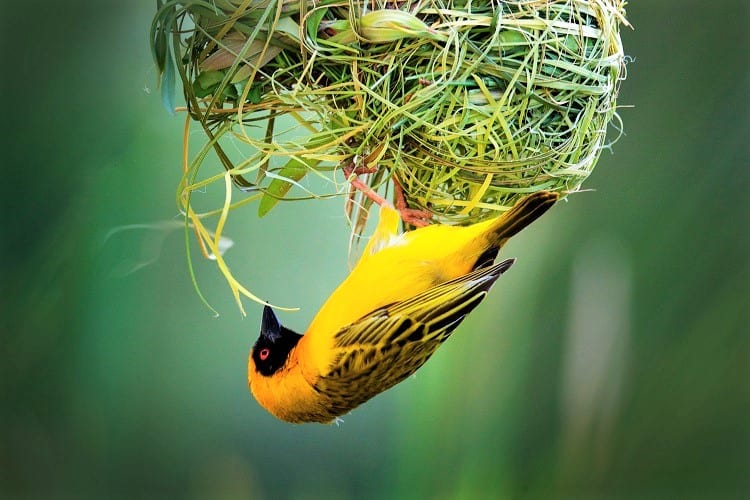 On a single safari, birders can see over half of Uganda’s bird checklist thus making the ultimate destination where you can go for birding. Some of the most sought-after birds in Uganda are the rare shoebill stork, Green-breasted Pitta, African Green Broadbill, Shelley's Crimson Wing, Standard Winged Nightjar, etc.

There are many ways in which one can get into Uganda.

By air, Entebbe International Airport is the only entry point to Uganda and there are many airlines that fly into this airport including RwandAir, KLM, Brussels, Ethiopian Airlines, Kenya Airways, Air Tanzania, South Africa Airway and others.

By road, you can fly into Kigali and connect to Uganda from Cyanika/Katuna border; from Kenya through Malaba. 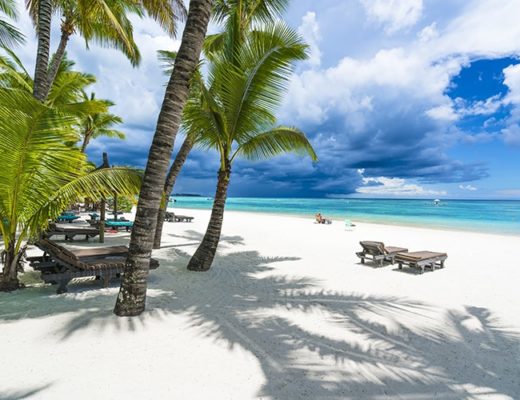 The Absolute Best Beaches in Mauritius to See on Your Next Trip! 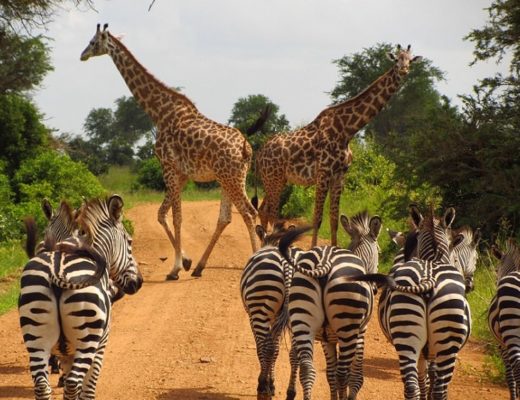 How to get a Visa to Tanzania [First-timer’s Guide]