10 of The Best National Parks in Western Australia

Home » 10 of The Best National Parks in Western Australia 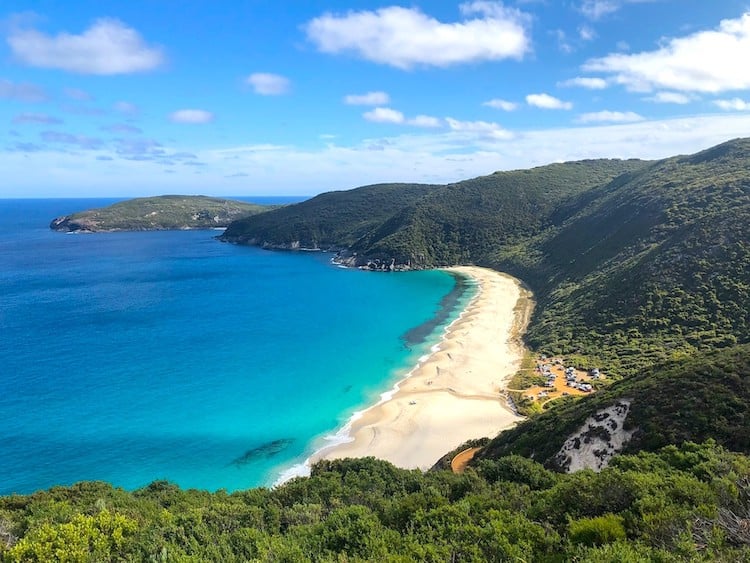 Western Australia is the largest of all the states and territories, and nestled within this vast stretch of land, are an assortment of National Parks and conservation areas.

With a choice of pristine beaches, rugged cliffs, green rolling mountains, and unique rock formations, deciding on a National Park destination for your next outdoor adventure whilst in Western Australia can be slightly overwhelming given the choice you have.

To provide some assistance with this quandary, we have compiled the following list, which outlines 10 best National Parks in Western Australia.

Below is our list of the 10 best National Parks in Western Australia. We have included travel distances by road for those who may be starting their road trip from Perth.

This region is well-known for the Shark Bay World Heritage area, and Francois Peron National Park lies within its borders. Formerly a sheep station, the pastoral lands have been converted to protected parklands, and the striking red landscape is a sight to behold.

There are many swimming lagoons to enjoy, and the wildlife is abundant. From manta rays and sea turtles in the water, to emus and thorny devils on the land, there is no shortage of animal encounters.

Visit the Peron Homestead, where you can explore remnants of the 1950s sheep station, and learn about its history at the interpretive centre.

Distance from Perth is 832 Kilometres with an estimated driving time of 9 hours.

Set amongst the Murchison River, Kalbarri National Park has a huge gorge diving the park into distinct areas. During spring, the wildflower displays in the park are magnificent, and the unique rock formations, like Natures Window, are breath-taking.

The cliffs that fringe the coastline are rugged and beautiful, with the bright red sandstone contrasting dramatically with the deep blue ocean below.

The Skywalk, a viewing platform that is suspended 100 metres above the Murchison River gorge, allowing panoramic views of the landscape.

The distance from Perth is 570 Kilometres. The driving time is approximately 6 hours 15 minutes.

The views from the shoreline, and especially from Frenchman’s Peak, overlook the Recherce Archipelago, a series of islands that sit off the coast. The night sky is almost unaffected by light pollution on Cape Le Grand, making it an ideal stargazing location.

Relax on the spectacular white sand beach, alongside the resident kangaroos… who also enjoy sunbaking here! (When you’re packing for the trip, don’t forget the camera).

Distance from Perth is 741 Kilometres with an estimated driving time of 8 hours 10 minutes.

An oasis of spring-fed waterholes and rivers, Millstream Chichester National Park provides its visitors with mountains, woodlands and wetlands.

The region is known for its wildflower displays, and wildlife here includes twelve different species of raptor birds, a variety of kingfishers, goannas, pythons, quolls and bats.

The distance from Perth is 1518 Kilometres. The estimated driving time is 16 hours 23 minutes, so we recommend breaking this journey with an overnight stay.

Famous for the Pinnacles Desert found within its expanse, the distinctive limestone formations found within Nambung National Park are a natural curiosity. Often described as otherworldly, the pillars are frequently photographed, and a highlight of the park.

The National Park stretches all the way from the Pinnacles Desert to the Coral Coast, with Hangover Bay providing snorkelling and swimming opportunities.

Drive through the Pinnaces Desert to see the massive limestone pillars, rising from the yellow sand.

The distance from Perth is 189 Kilometres. The estimated driving time is 2 hours.

Shelley Beach is a spectacular spot to enjoy the sun, soft sand, turquoise ocean and scenic wilderness. The lookout points above, are not only a great spot to view the panorama, but are also launching pads for hang gliders.

Bushwalk along the coastline here, and lookout for sealions, dolphins and seals that frequent the waters. In winter and spring, whales are also commonly sighted!

Distance from Perth is 570 Kilometres with an estimated driving time of 6 hours 13 minutes.

The dramatic red layered cliffs of the Karijini National Park gorges, have been formed over many millennia, and leave visitors in awe.

After chasing waterfalls, enjoying lookout points and hiking the many tracks that lead you there, the refreshing rock pools will beckon you.

Go for a swim in Fern Pool, an easily accessible, naturally fed, waterhole… complete with its own waterfall.

The distance from Perth is 1353 Kilometres. The estimated driving time is 14 hours 20 minutes, so we recommend breaking this journey with an overnight stay.

Featuring one of Western Australia’s major mountain ranges, the hiking trails will take you to epic heights, and provide extraordinary panoramic views.

If hiking up mountains is not on the cards for you, the woodland areas might be more to your liking. Enjoy the shady picnic area at White Gum Flats, and enjoy the diversity of wildflowers amongst the lower slopes of the range.

Bluff Knoll Summit Trail – the tallest peak inside the Stirling Range can be accessed via a 6.8-kilometre, grade 4, return walk.

Distance from Perth is 406 Kilometres with an estimated driving time of 4 hours 30 minutes.

The World Heritage Listed Purnululu National Park, is most famous for the Bungle Bungle Range. These large, intriguing, orange-striped sandstone domes, are millions of years old.

In stark contrast to the Bungle Bungles, is the patches of rainforest that are also found inside Purnululu. The mixture of landscapes inside the park, provide habitats for a vast assortment of flora and fauna.

Aside from the Bungle Bungles, a visit to Echidna Chasm is a must. Gorge walls elevate 200 metres above, divided in some areas by only a shoulder length width.

The distance from Perth is 2812 Kilometres with an estimated driving time of 31 hours. This is a long journey so it would be great to make this part of a road trip with multiple overnight stops before getting here.

A wonderland of flora, around twenty percent of all Western Australia’s plant species can be found inside Fitzgerald National Park. Of course, where plant-life flourishes, so too does the wildlife! Abundant reptile, mammal and bird varieties call the park home, and then you have the marine life as well.

The beaches are plentiful, some are rugged and scenic, others are set amongst sand dunes and provide sheltered swimming. There are many walking trails for the adventurers to explore.

Distance from Perth is 518 Kilometres with an estimated driving time of 5 hours 50 minutes.

These are the best of the Western Australian National Parks that are a must-see when traveling to this part of Australia.

Let us know which of these great National Parks of Western Australia you have visited. 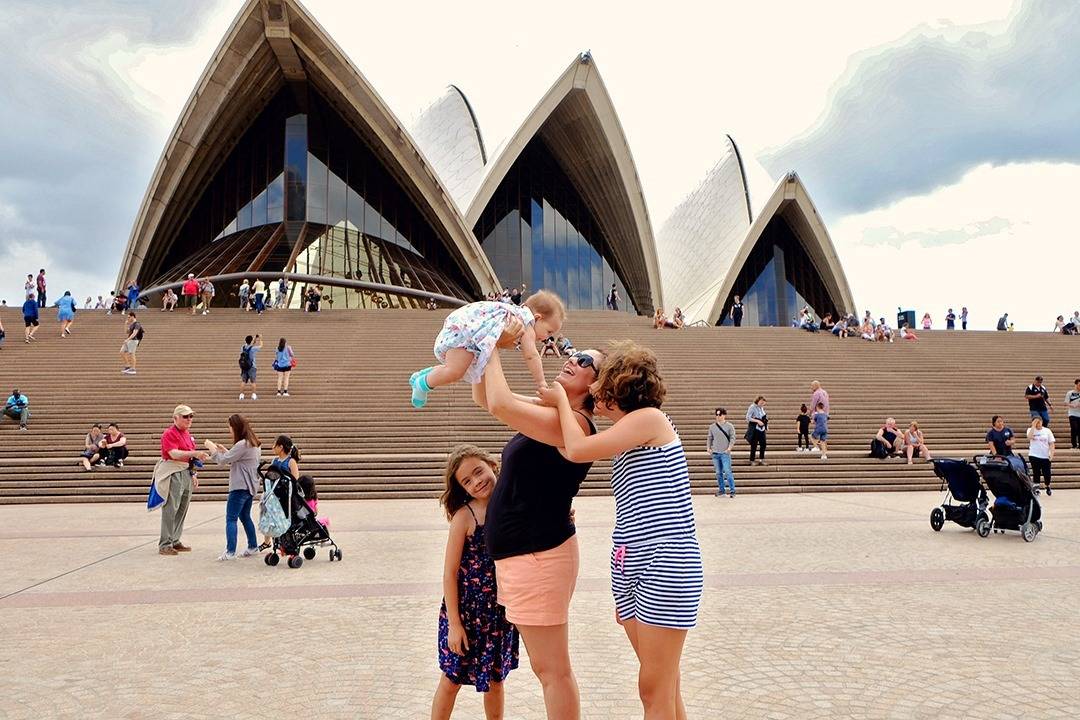 Top 10 Money-Saving Tips to Travel Australia on a Budget 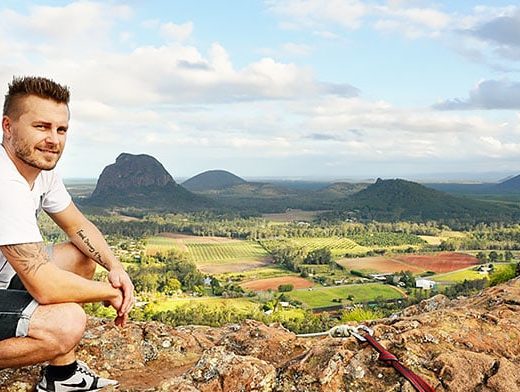 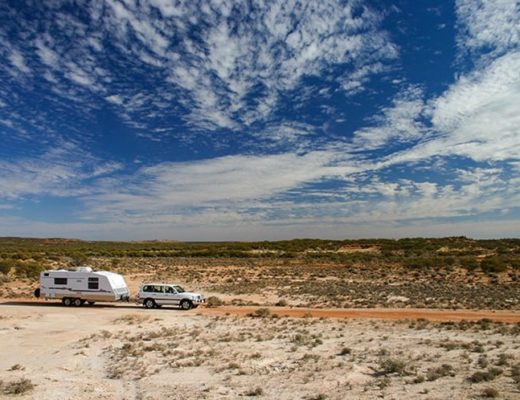